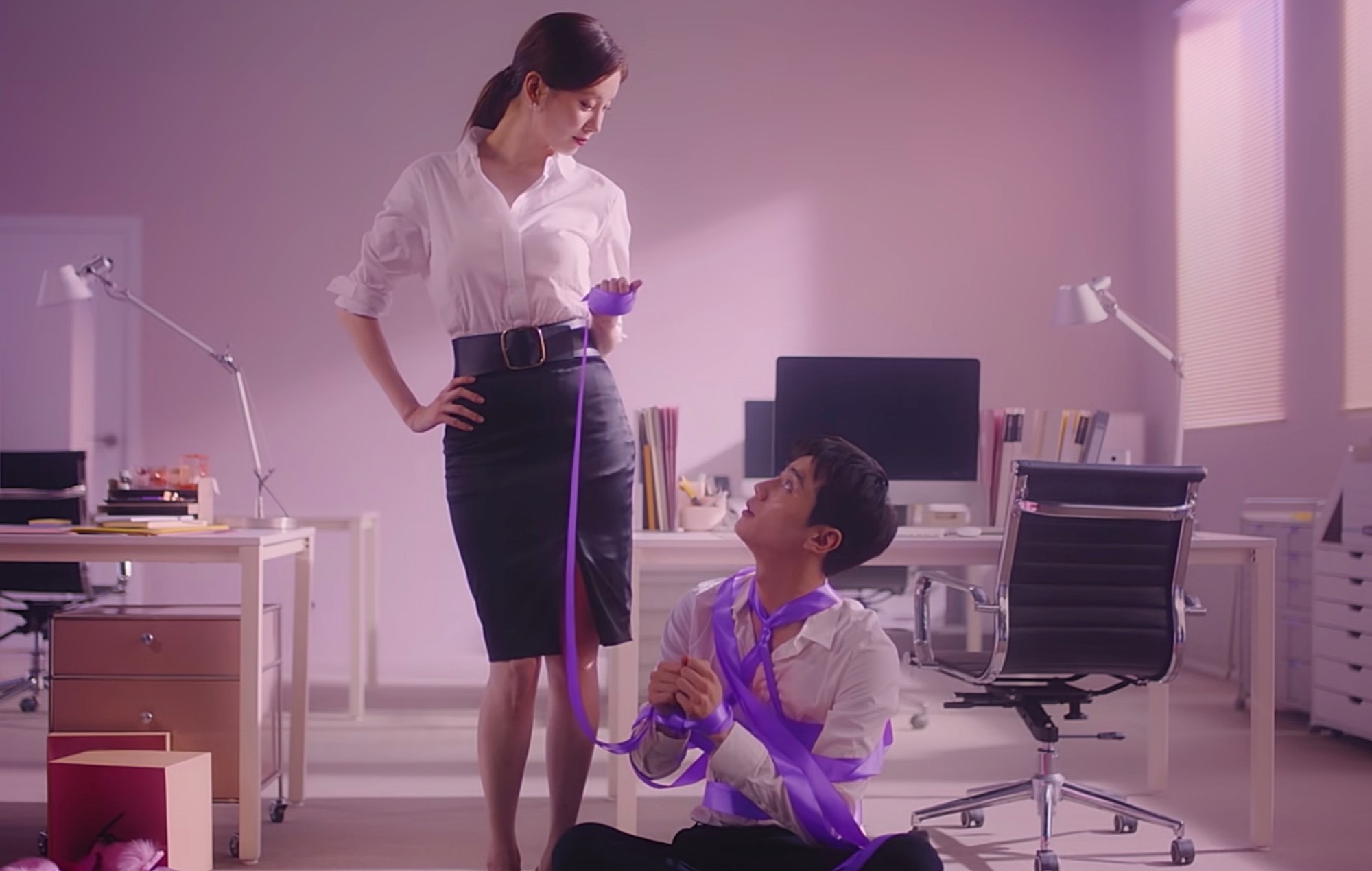 The clip opens with Girls’ Generation’s Seohyun leaning against an office desk, while silk ties, collars and leashes spill out from a box on the floor. Brandishing a purple silk tie, she begins to wrap it around singer-actor Lee Jun-young (formerly of U-KISS and UNB)

Captions pop up on the screen, introducing Ji-woo (Seohyun) as the “rookie domme” and Ji-hoo (played by Lee) as the “expert sub”. Completing the ropework, the pair turn to one another and smile.

The upcoming Netflix original film Love And Leashes revolves around a pair of co-workers, Ji-woo and Ji-hoo, the former of whom accidentally receives a dog leash in a delivery mix-up and discovers her subordinate’s fetish. The pair later enter a contractual S&M relationship after Ji-hoo asks her to become his master.

Love and Leashes is based on the Naver webcomic Moral Sense by Gyeowool. The movie will be directed and written by Park Hyeon-jin, and is due out on February 11 exclusively on the streaming platform.

Last week, Netflix shared its plans to continue investing heavily in Korean content for the rest of the year. “All our rivals are aggressively investing in the Korean market and we will also keep pace with them,” said Netflix Korea’s Vice President of Content, Don Kang.

Tiffany Young has shared her cover of Mariah Carey‘s iconic holiday hit ‘All I Want For Christmas Is You’. READ MORE: Stop playing Girls’ Generation,…