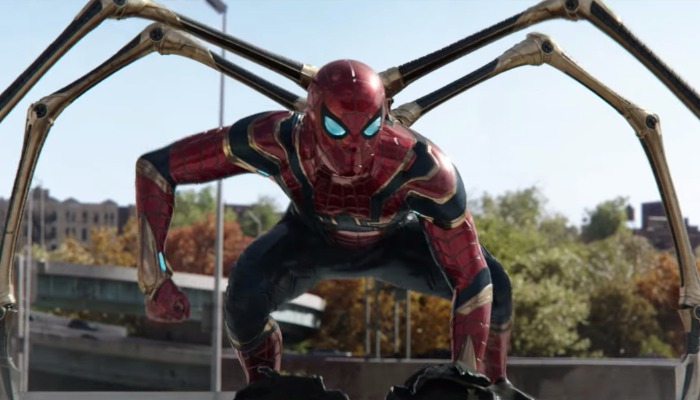 The new trailer for Spider-Man: No Way Home reveals a villainous glimpse of what fans can expect to see on Dec. 17.

In the cinematic trailer, the original cast is set to reunite following the events of Spider-Man: Far From Home. We also get a hint that Peter Parker and Doctor Strange have somehow unleashed the denizens of the multiverse on themselves.

If the trailer is any hint, the villains are eager to steal the show. We get a glimpse at a number of key antagonists. Otto Octavius (aka Doctor Octopus) confronts Tom Holland’s Spider-Man, and Green Goblin makes a dramatic return along with Electro, Sandman and The Lizard. The five confirmed villains suggest No Way Home will be an action-packed, journey through the world(s?) of Spider-Man.

During a global fan event in Los Angeles, Holland commented on the launch of the No Way Home trailer. “You’re going to see a style of fighting in this film that you’ve never seen in a Spider-Man movie before,” Holland says. “They designed these fights to shock you guys, to really put you on your back foot.”

Holland also took to Instagram to thank fans for their support on both the movie and his six-year career as Spider-Man.

Link to the source article – https://www.altpress.com/news/spider-man-no-way-home-trailer-villain-reveal/

After Doctor Strange’s role in the events of Spider-Man: No Way Home, details of the Marvel character’s next moves are becoming clearer. The highly anticipated Spider-Man:…

A new interview reveals that three more Spider-Man movies are on the way. Tom Holland will also be reprising his role as our friendly neighborhood…

Spider-Man: No Way Home had the second-biggest opening weekend of all time, according to an updated box office report from Sony. The film earned $260 million…

Sony and Marvel‘s Spider-Man: No Way Home is taking the world by storm — and it has the box office numbers to prove it. The film earned…