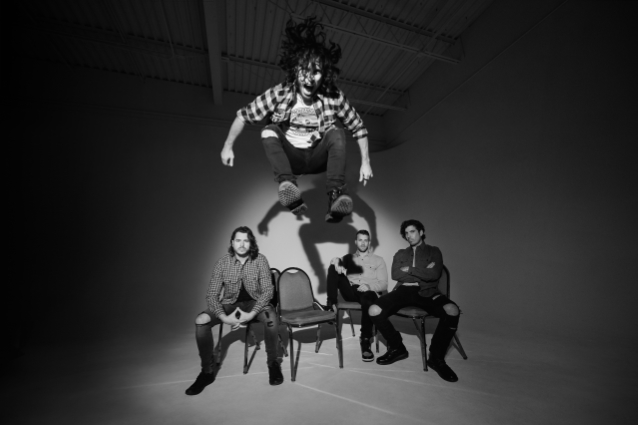 Multi-Grammy-nominated rock act NOTHING MORE has dropped the official music video for their new song “Turn It Up Like (Stand In The Fire)”. The track, released via Better Noise Music on Friday, gives fans a first taste of the band’s long-awaited new studio album due later this year. The new visual, directed by Robyn August (Snoop Dogg, Pitbull), continues the band’s striking red and white color schemes used on their last album and showcases the intense and urgent energy of the song’s lyrics. Co-written by all four band members, the track is an unapologetic sonic rejection of the divisive, digitally-drowned state of the world with lyrics like: “All my friends are dead / They all got fucked by the Internet / All my friends are dead / Our brain’s bein’ bugged by the media.”

Billboard gave an exclusive look at the music video this past weekend, including some statements from NOTHING MORE frontman Jonny Hawkins. He said: “Something we’ve always pushed for as a band is to question everything. And I think we’ve just gone through a period where it had been unfashionable to question things. Because if you did, you were the pariah, you were the outcast, the other. For the last few years, I’ve felt like an animal in a cage, just pacing, and my teeth are showing more. I had nowhere to vent that rage and that frustration until we put it into this song. I think a lot of people feel this way. You saw it spill over into riots and protests. There’s all this stuff just pent up inside people. Thankfully, we’re going back out on the road soon, so I’ll have somewhere to put it.”

The new track comes ahead of the album’s official first radio single, which is set for an April 29 release across streaming and digital platforms. Stay tuned for more details coming from the band’s official social media channels.

Fans will be able to hear the new music live on the band’s recently announced co-headlining U.S. tour this spring, with Better Noise Music label mates ASKING ALEXANDRIA, featuring support from ATREYU and EVA UNDER FIRE . The tour is set to kick off in Kansas City, Missouri on May 13 and end in Houston, Texas on June 19, with other stops planned in Nashville, Denver, Atlanta, New Orleans, and more.

Rock audiences count NOTHING MORE among the most cherished acts, the kind of band who straddle the line between populism and intimacy with every performance. The San Antonio, Texas-born quartet builds unapologetically massive anthems from catchy hooks. Crowd pleasers clear a path for heady, confessional, thought-provoking emotionalism. Fresh rewards reveal themselves with repeat listens, welcoming like-minded seekers with rich melodicism, like the best of DEFTONES or TOOL.

Those who saw the band on tour with hard rock heavyweights like SHINEDOWN, FIVE FINGER DEATH PUNCH, BREAKING BENJAMIN, PAPA ROACH and DISTURBED will attest to what The Guardian observed: “There’s a sophistication to NOTHING MORE‘s angst that raises them above the tumult-tossed pit.”

Kerrang! named NOTHING MORE one of “22 Artists Shaping The Future Of Rock”, alongside NINE INCH NAILS, TWENTY ONE PILOTS and BRING ME THE HORIZON. And Hawkins, who met guitarist Mark Vollelunga before they were old enough to drive, appeared with Billie Joe Armstrong, Dave Grohl and Hayley Williams in the English tastemaker’s “Top 50 Greatest Rock Stars In The World”.

Hawkins and Vollelunga started the band in 2003 and were quickly joined by bassist Daniel Oliver and later by drummer Ben Anderson. The band’s blend of explosive bombast and nuanced storytelling resulted in a half dozen Top 10 singles at Mainstream Rock Radio, including the No. 1 hit “Go To War” and the SiriusXM Octane song of the decade and Active Rock chart-topper “This Is The Time (Ballast)”.

NOTHING MORE appeals to fans of LINKIN PARK, INCUBUS, RAGE AGAINST THE MACHINE and all crucial acts that stoke relatable passion with authenticity and integrity. 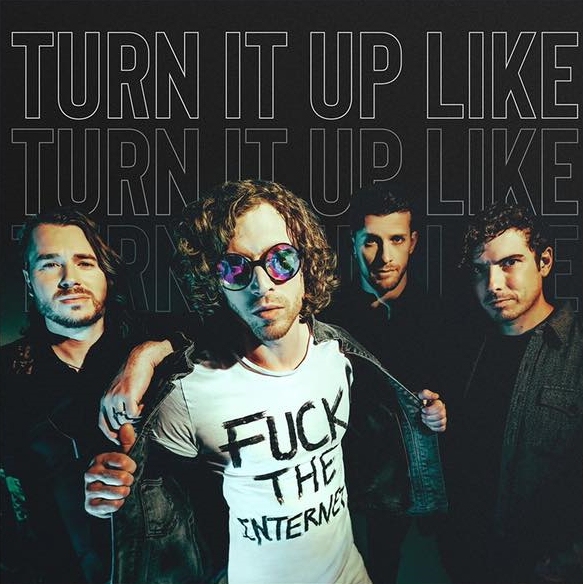 Link to the source article – https://www.blabbermouth.net/news/nothing-more-unveils-music-video-for-turn-it-up-like-stand-in-the-fire/

NOTHING MORE and ASKING ALEXANDRIA have announced a co-headlining North American tour starting this spring, produced by Live Nation. The trek will kick off in…

Nothing More Premiere New Single “Turn It Up Like (Stand In The Fire)” Band Photo: Atreyu (?) Nothing More premiered a new single called “Turn…