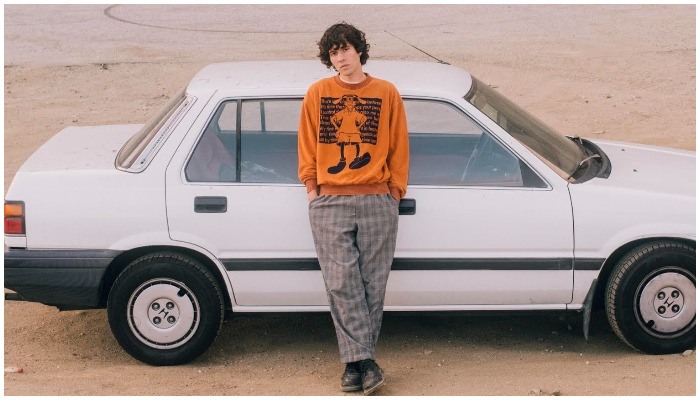 Oberhofer wants to remind you not to take life too seriously with his new single, “What Does It Mean To Me?,” out now.

Oberhofer, the musical project of frontman and founder Brad Oberhofer, has been making music for over a decade now. “What Does It Mean To Me?” is his latest song since he shared “Just When You Need Yourself Most” in February.

Read more: 15 music videos that contributed to the uniqueness of the ‘80s

To Oberhofer, that question suggests that nothing matters as much as you think it does.

“It’s a reminder that not much really matters,” he says. “If something feels like it matters too much, you just have to ask yourself, ‘What does it really mean to me?’ That form of questioning enabled me to set my spirit free.”

When the COVID-19 pandemic hit, Oberhofer wanted to stay true to that mentality and give people comfort during an unsettling time. So, every night for 115 days he went on Instagram Live to play piano and improvise music. His only goal? To make people feel less lonely during strange times.

Self-releasing his first EP, o0O0o0Oo, in 2009 introduced Oberhofer to fans of chillwave and lo-fi indie-rock music.

Oberhofer toured with various bands such as Sleigh Bells, Matt And Kim and Beach House and worked with Grammy-winning producer Steve Lillywhite on his 2012 album, Time Capsules II.

“I’d written nearly 2,000 emails, and about eight blogs wrote about the songs,” Oberhofer said about the beginning stages of promoting his music in a 2019 interview with FLOOD Magazine. “‘Away Frm U’ began getting written about on Pitchfork, Stereogum and some other websites.” Then, he was offered a five-figure deal to use the single in a commercial, proving that his hard work paid off.

This continued in 2016, with his song “Sea Of Dreams” from Chronovision getting featured in the Netflix television show BoJack Horseman.

Read more: 10 women who made the ‘90s one of the most memorable decades of music

You can listen to “What Does It Mean To Me?” below, and let us know your thoughts in the comments.

The post Oberhofer delivers shimmering psychedelic sounds in “What Does It Mean To Me?” appeared first on Alternative Press.

Link to the source article – https://www.altpress.com/news/oberhofer-what-does-it-mean-to-me/

Billie Eilish has released her long-awaited sophomore album, Happier Than Ever. The album follows the July single “NDA.”  It is her second LP after the…

JMSN has shared a new track called ‘Rolling Stone’ – you can listen to it below. READ MORE: The NME 100: Essential emerging artists for…

Elton John moved Metallica frontman James Hetfield to tears after calling the band’s track ‘Nothing Else Matters’ “one of the best songs ever written”. The…

Slayyyter is just over two months out from the release of her debut album, and today she’s released another new cut from it, ‘Cowboys’. READ…