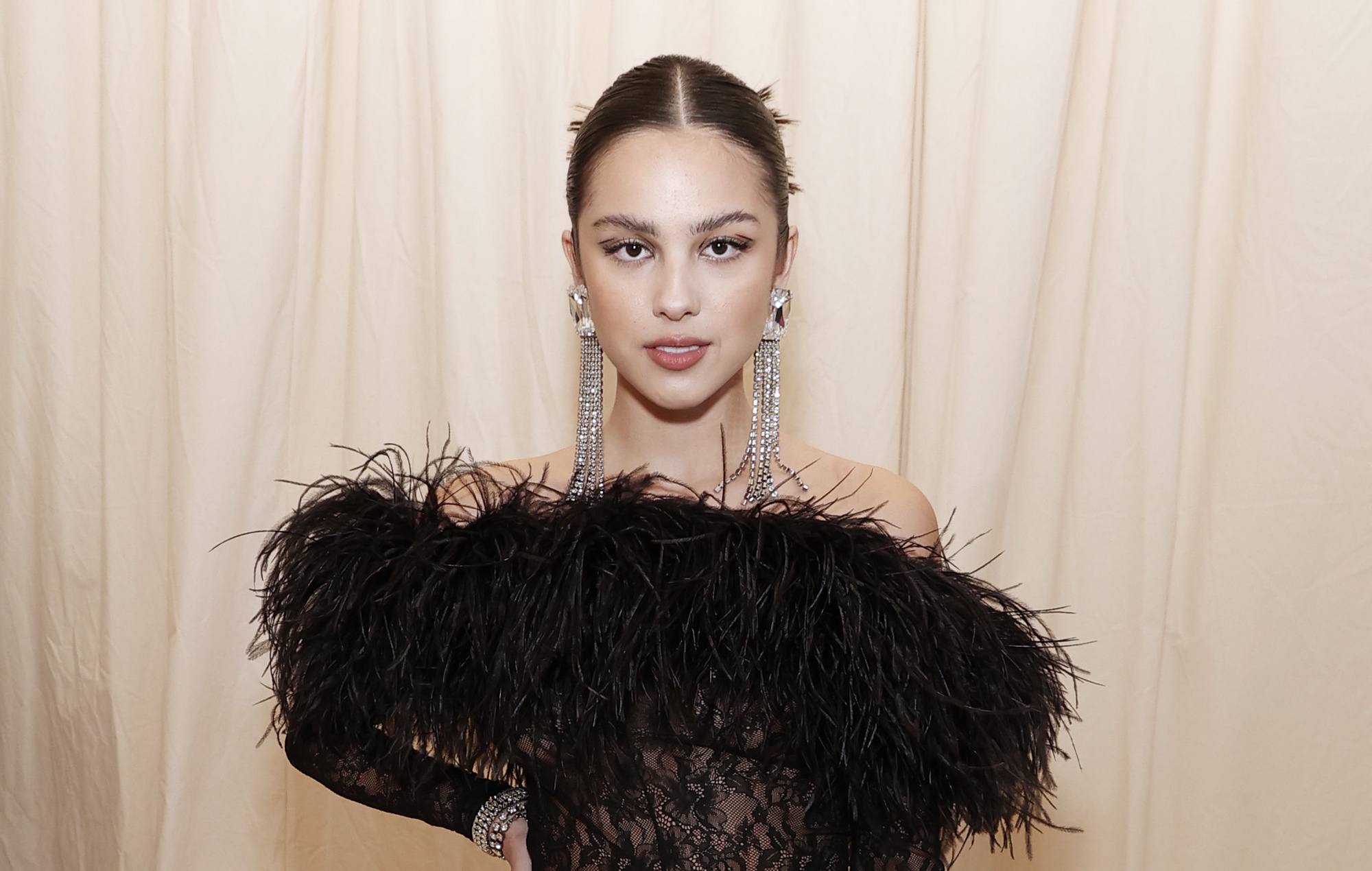 Olivia Rodrigo has opened up about drawing inspiration from other artists’ work, touching on adding extra songwriting credits to tracks on debut album ‘Sour’ months after the record’s release.

The following month, Paramore‘s Hayley Williams and former guitarist Joshua Farro received credits on Rodrigo’s single ‘Good 4 U’, after similarities were pointed out between the song and Paramore’s 2007 hit ‘Misery Business’. “Our publisher is wildin rn [sic],” Williams wrote in an Instagram story, acknowledging the update.

Elvis Costello, meanwhile, defended Rodrigo earlier this year on Twitter after a user pointed out similarities between ‘Sour’ opener ‘Brutal’ and Costello’s 1978 song ‘Pump It Up’. Costello countered that ‘Pump It Up’ itself was inspired by Bob Dylan‘s ‘Subterranean Homesick Blues’ and Chuck Berry‘s ‘Too Much Monkey Business’.

“It’s how rock and roll works,” Costello replied. “You take the broken pieces of another thrill and make a brand new toy. That’s what I did.”

Speaking in a new interview with Teen Vogue, Rodrigo suggested criticism levelled at her over the originality of her songwriting was misguided. “I think it’s disappointing to see people take things out of context and discredit any young woman’s work,” Rodrigo said.

“All music is inspired by each other. Obviously, I write all of my lyrics from my heart and my life first. I came up with the lyrics and the melody for ‘good 4 u’ one morning in the shower.”

Rodrigo went on to suggest drawing on music from the past was an inevitability when it comes to the songwriting process, making the case that that influence is a positive overall.

“Every single artist is inspired by artists who have come before them,” she said. “It’s sort of a fun, beautiful sharing process. Nothing in music is ever new. There’s four chords in every song. That’s the fun part — trying to make that your own.”

Rodrigo has frequently cited Swift as a significant influence on her work. When ‘Sour’ was released, album track ‘1 Step Forward, 3 Steps Back’ credited Swift and Antonoff, as it interpolates melodies from Swift’s ‘Reputation’ cut ‘New Year’s Day’.

“I’ve always looked up to Taylor since I was literally five years old,” Rodrigo told NME earlier this year.

“Obviously, I think she’s the best songwriter of all time, but she’s so business-savvy and she really cares about her career in that regard too – that’s been really inspiring for me to watch somebody take control of their career and their life like that.”

Rodrigo also sparked a conversation about originality in June, when Courtney Love called the singer-songwriter out for similarities between a promotional photo used by Rodrigo to promote her ‘Sour Prom’ livestream event and Hole‘s ‘Live Through This’ album cover.

“Olivia – you’re welcome,” Love wrote in a reply on Instagram. “My favourite florist is in Notting Hill, London! Dm me for deets! I look forward to reading your note.” Rodrigo addressed the interaction in an August interview, saying she was “just flattered that Courtney Love knows that I exist.”

The post Olivia Rodrigo responds to criticism over ‘Sour’ songwriting credits: “Nothing in music is ever new” appeared first on NME.

Link to the source article – https://www.nme.com/news/music/olivia-rodrigo-responds-to-criticism-over-sour-songwriting-credits-nothing-in-music-is-ever-new-3063586?utm_source=rss&utm_medium=rss&utm_campaign=olivia-rodrigo-responds-to-criticism-over-sour-songwriting-credits-nothing-in-music-is-ever-new

Elvis Costello has defended Olivia Rodrigo against a claim she has plagiarised the rock musician’s work. Rodrigo has recently been accused of copying the cover…

Olivia Rodrigo claims to be the “biggest Swiftie in the whole world,” and now she has a Taylor Swift credit on her debut album to prove…

Hayley Williams and Josh Farro – Paramore’s frontwoman and former guitarist, respectively – appear to have been added to the credits of Olivia Rodrigo’s song…

Olivia Rodrigo finally fed her fans with Sour, her highly anticipated debut album that she released on Friday (May 21) via Geffen Records. The 11-track project includes her previously…