California rockers PAPA ROACH will release a new single called “Dying To Believe” on Friday, October 29. A preview clip is available below.

“Dying To Believe” will arrive weeks after the release of PAPA ROACH‘s previous two singles: “Swerve”, which was a collaboration with FEVER 333 frontman Jason Aalon Butler and Los Angeles rapper Sueco; and “Kill The Noise”. All three tracks are expected to appear on PAPA ROACH‘s upcoming eleventh studio album, due next year via the band’s own record company, New Noize Records, Inc., under exclusive license to ADA.

This past May, PAPA ROACH singer Jacoby Shaddix spoke to the FM99 WNOR radio station about the band’s decision to release its next LP through its own label. Asked how the move came about, Jacoby said: “Way back in the day when we were with DreamWorks Records — this was right after we released our album ‘Infest’ — we had this pact with this band ALIEN ANT FARM. We were, like, ‘Whoever gets signed first, let’s try to get an imprint, which is a subsidiary of the record company, where we can release music.’ And we had made good on our promise and we had a record company called New Noise Records. And this was in, like, 2001. So fast forward so many years and a few record companies later, we just released out greatest hits with Better Noise Music, and that was the last record company we were with. And we were kind of in negotiation of going, ‘All right. Are we gonna stick with this company?’ which we’ve had a lot of great success and learned a lot of great things from, and I have nothing but great things to say about them. But we were, like, ‘All right. Let’s take the temperature and go see if we have what it takes to do this on our own, do it independent.’ And so we took meetings, and we ended up with Warner/ADA, which we have our record label now of our own and we use their in-house staff to do the promo and all that kind of stuff. But we are the record company. So we’re using our knowledge over the years that we’ve accumulated with our team and ourselves to take the reins and run with this one ourselves. And it’s very exciting. It’s kind of scary. ‘Cause you don’t know. But guess what? I just feel like we can’t fail.”

He continued: “You know when your gut tells you something? I just go, we’ve been doing this; we know a lot; we know what our fans want; we know what we want; we know that we are inspired; we know that we are passionate; and we know we’ve got a fanbase that loves us. Let’s do this. And we have a great relationship with radio too. I mean, we just had another No. 1 on rock radio — after 20-plus years of being in the format. And I go, ‘You know what? I think we can do this.’ And so we made the jump. And so P-ROACH, we’ve got New Noise Records back up and running.”

Regarding what’s involved in releasing album without the participation of an outside record company, Jacoby said: “After this call with you, I get on with the band and we’re wrapping on creative calls to finish up the artwork for the album and getting ready for the photos shoots and all that kind of stuff. It’s been cool, man. It’s a different — I guess — creative progression of making an album. You get the music, but then we talk about marketing, we’re talking about music videos, imaging, photo shoots, different ways of packaging the album — all that kind of fun stuff, that’s what we’re in the middle of now. And I really enjoy that; it’s a fun process. And it’s cool to just dream some stuff up, and we then we build it and we make it and it happens, and I really love that process.”

In January, a snippet of a brand new PAPA ROACH song called “Stand Up” was included in commercial for Ultimate Fighting Championship‘s (UFC) partnership with ESPN.

PAPA ROACH‘s latest album, “Who Do You Trust?”, was released in January 2019. The disc was produced by Nick “RAS” Furlong and Colin Cunningham except for the song “Top Of The World”, which is helmed by Jason Evigan.

We finished it! It’s called Dying to Believe and we’re dropping it this Friday! ???https://t.co/PFg9dG8Y9f pic.twitter.com/Uon8mz3Hig 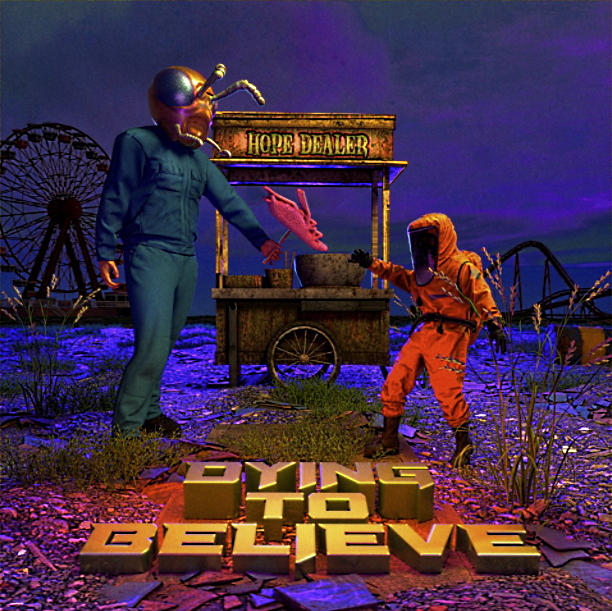 Link to the source article – https://www.blabbermouth.net/news/papa-roach-to-release-dying-to-believe-single-on-friday/

PAPA ROACH bassist Tobin Esperance spoke to Alicia Atout of Knotfest about the band’s upcoming follow-up to 2019’s “Who Do You Trust?” album, tentatively due…

PAPA ROACH singer Jacoby Shaddix spoke to Dammy Wimmer Presents about the band’s upcoming follow-up to 2019’s “Who Do You Trust?” album, tentatively due in…

PAPA ROACH‘s “Scars” has been certified silver in the United Kingdom. To earn a silver certification for a single in the U.K., PAPA ROACH had…