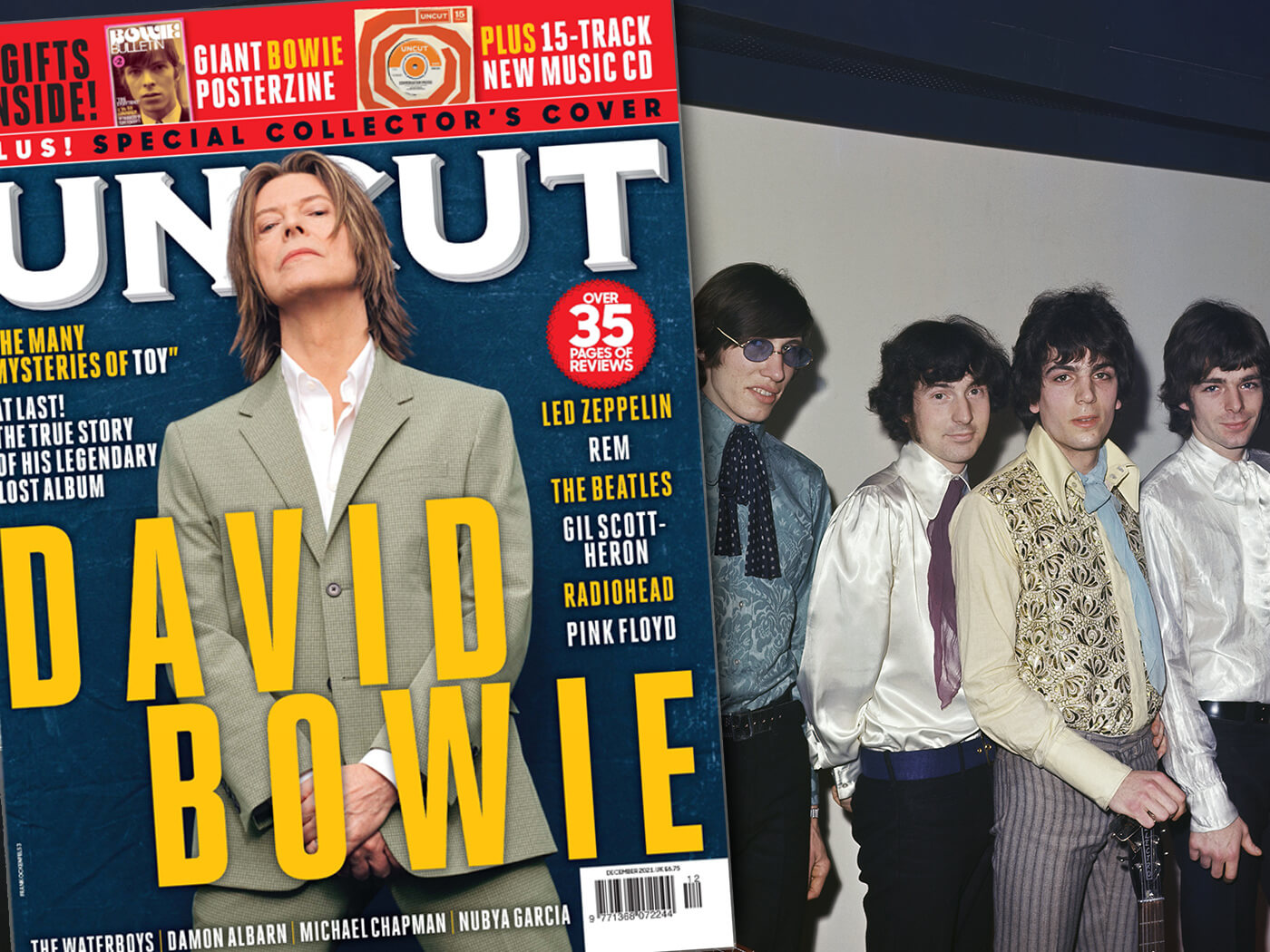 “It all started when Roger Waters and Nick Mason saw a film I’d done in 1971 called Long Drawn Out Trip, which was shown on BBC2. They both decided that they wanted me on board, because, as Roger told me, they thought I was ‘fucking mad’. I was a bit befuddled initially because I didn’t really know their music – I was a political cartoonist. But I bought a leather jacket and some jeans, which was about as rock’n’roll as I ever got, and met them at Nick’s house in Kentish Town. All four of them were there. It was a slightly awkward meeting because I didn’t know what they wanted from me. But they didn’t look like hotel room destroyers! They were charming and bourgeois. Then I went to see them perform Dark Side Of The Moon at the Rainbow and the theatricality of it was fantastic – with an aeroplane on fire coming over my head and crashing on stage. I thought, ‘I can work with these guys because they’ve got a very visual sense of what they want to do.’

“I did some sketches and animations for Wish You Were Here and the In The Flesh Tour and then Roger Waters came up with The Wall. He’d been talking about it to me
for years. I was one of the first to hear the tapes, when they were just very raw songs sung by Roger to a synth. He said from the outset he wanted it to be an album, a show and a film, although I admit that I never thought the film would happen.

“I had to create all the characters – the wives, the mother, the teacher and all these semi-cartoon figures – very quickly because the album was coming out. The band were in the South of France and I kept flying down to meet them. I actually designed the album cover on Roger’s kitchen table.

“The live show was incredibly ambitious, with my original illustrations turned into inflatable puppets. Then we did the film, which was tough and very difficult. I’d drive to Pinewood at 9am with a bottle of Jack Daniel’s on the front seat and I had to take a slug before I went in.

“But as a visual artist The Wall was fascinating for me to work on because there was so much to dig into and explore. All the images were out of my head. Roger was the originator, but my drawings were my translations of his visions. He had his own views, but he accepted what I did. It was a strange marriage really, but we became very close friends.

“Looking back, I’m amazed that it has become what it has. It’s an iconic piece of work and I’m proud that allying my visuals to their sounds seemed to work. To this day I still get emails and commissions from Pink Floyd fans all around the world.”

The post Pink Floyd visual artist Gerald Scarfe on working with Roger Waters and Nick Mason: “They thought I was ‘fucking mad’” appeared first on UNCUT.

“The group have no intention of disbanding,” band wrote in 1986 statement. Continue reading… Link to the source article – https://ultimateclassicrock.com/pink-floyd-carry-on-roger-waters/

Roger Waters discussed his feelings of being “constrained” while he was a member of Pink Floyd. He also said he felt “under pressure” to perform…

Roger Waters discussed the “Dark Side of the Rainbow” legend and shared his favorite story surrounding the mash-up. It’s long been known that a series of…

The long-awaited reissue of Pink Floyd‘s Animals will finally be released on Sept. 16. Animals 2018 Remix will be released in CD, LP, Blu-ray and SACD formats, all…