On February 26, Ruth Eckerd Hall in Clearwater, Florida hosted a “Concert With A Purpose” featuring POISON frontman Bret Michaels leading an all-star cast of performers. The sold-out event included special guests WARRANT and U.S. army veteran and “Dancing With The Stars” alum Noah Galloway. As the special night approached, Michaels and the Hall brought in friends such as Hulk Hogan, Amanda Sullivan and former Major League pitcher David Wells to bring even more to the event.

The Tampa Bay Lightning and Ruth Eckerd Hall generously donated to the cause, helping to bring in a record amount of proceeds for the local Florida chapter of 50 Legs. Michaels himself went above and beyond his performance by also personally donating $10,000 to 50 Legs. The organization, founded by Steve Chamberland, is dedicated to assisting amputees return to the lives they love living, securing prosthetics and care that they cannot afford on their own. The “Concert With A Purpose” was the brainchild of Michaels and John and Kelly Sumodi and family.

“I could not have been more honored to do a great concert and benefit for 50 Legs and, more importantly, to meet everybody involved and bring them on stage,” said Michaels. “A huge thank you to all of the incredible, talented and charitable celebrities that joined us on stage that night. It was one of the most incredible days and nights of my life. I am grateful to everybody that contributed and to the unbelievable fans who sold out the concert and brought nothing but high energy and happiness.”

Executive vice president of Ruth Eckerd Hall, Bobby Rossi, said of the night, “In my 25 years at Ruth Eckerd Hall, I have never seen a crowd so engaged and pumped up as when Bret Michaels came to town to support the 50 Legs foundation here in Clearwater. It was sold out and rocking as the stage was filled with amazing participants. It was absolutely wonderful from beginning to end.”

“We are incredibly grateful to Bret Michaels for making this event a reality and an unforgettable experience. Anyone who knows Bret knows he gives 1000% and puts his heart, soul and passion into everything he does,” added John Sumodi. “The funds raised by the performers, community and guests are a huge help to 50 Legs, who is doing fantastic work here in Florida and beyond.”

Michaels, a lifelong diabetic first diagnosed at the age of six who recently helped pass diabetes education bill SB97 in California with Ease T1D senator Richard Roth, saw this concert as an extension of his own philanthropic efforts through his Life Rocks Foundation, bringing relief and support to organizations based in the Southeast and Florida. These include previously performing at Ruth Eckerd’s “Friends Of Music” event, the “Toys In The Sun Run” benefiting Joe DiMaggio‘s Children’s Hospital while also donating personally to the organization, plus even taking his personal jet to deliver toys to children in the Bahamas and Puerto Rico while also serving as the grand marshal for the largest “Winterfest” parade to date. Michaels will also return to Florida with his POISON bandmates this summer for a good time bash performing on “The Stadium Tour”. 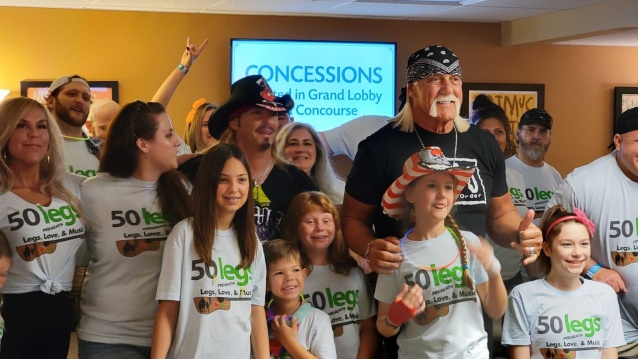 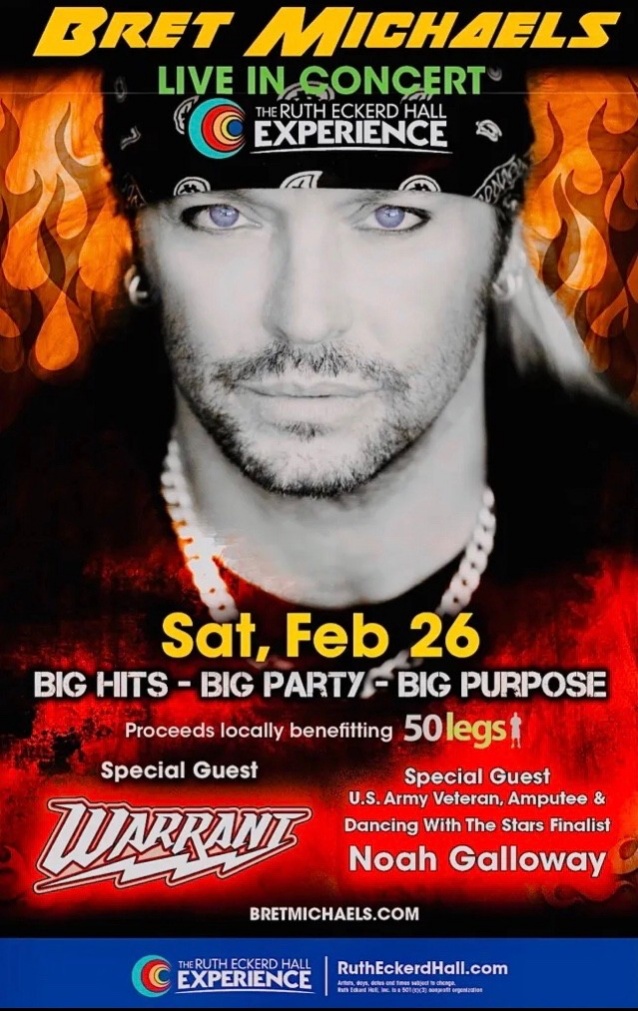 Link to the source article – https://www.blabbermouth.net/news/poisons-bret-michaels-leads-all-star-cast-of-performers-at-floridas-concert-with-a-purpose/

July 2, 2022 POISON frontman Bret Michaels has vowed to give it his “all” when he and his bandmates perform tonight (Saturday, July 2) at…

The rocker is reaching out to those affected. Continue reading… Link to the source article – https://loudwire.com/bret-michaels-helps-tornado-victims-2021/

Poison frontman Bret Michaels, who’s a Type 1 diabetic, has stepped up to back the Affordable Insulin Now Act, which implements a price cap for…