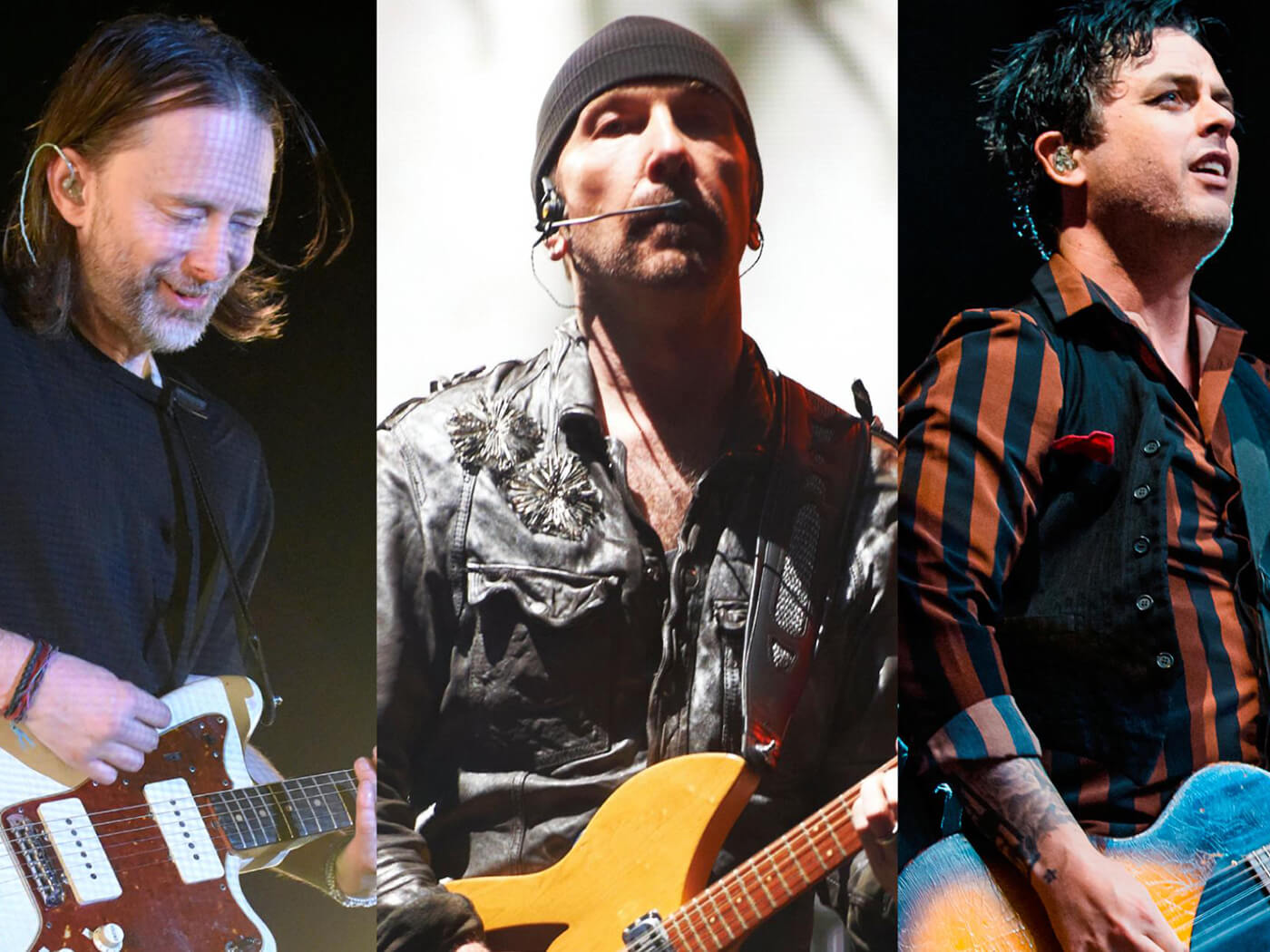 Radiohead, Paul McCartney, U2, Green Day, Dave Grohl, Noel Gallagher and many more acts are auctioning off guitars to help musicians impacted by the COVID pandemic.

Assembled by U2 guitarist The Edge and producer Bob Ezrin, the collection will benefit benefit Music Rising, a charity they formed in 2005 to aid musicians devastated by Hurricane Katrina. Now, the pair are helping those affected by the global health crisis.

As Rolling Stone reports, some of the most notable items come from U2’s private collection including the 2005 Limited Edition Gibson Les Paul Music Rising guitar that Edge played during “One” on the Joshua Tree tours of 2017 and 2019.

.@RealMusicRising, co-founded by The Edge and Bob Ezrin are excited to finally announce the #GuitarIcons Auction: A Musical Instrument Auction which will take place this December 11th! The Edge will be auctioning his Gibson & Stratocaster. pic.twitter.com/OVTGwKXbRR

The Edge is also auctioning off the Custom Signature Fender Stratocaster that he used live for “Bad” and “I Still Haven’t Found What I’m Looking For” in 2017 and 2019. Bono’s Custom Gibson ES-175 Electric Guitar that he used throughout the 1992-92 Zoo TV tour for “The Fly“ and “Angel Of Harlem” is also up for grabs.

Elsewhere, a Yamaha BB-1200 Electric Bass Guitar that McCartney played on Wings tours in the late ’70s is on offer, as is Gallagher’s Telecaster guitar that he played on the road with the High Flying Birds, an autographed Yamaha Motif-8 Keyboard that Elton John used on the road for nearly a decade, and three guitars that were played by the late Lou Reed.

The Edge said in a statement: “Unfortunately there are many musicians and crew members who continue to struggle since the pandemic. If this multigenerational chain is broken, we lose more than just a few concerts we lose an entire culture that stretches back centuries.

The post Radiohead, Paul McCartney, U2, Green Day and more are auctioning off guitars for charity appeared first on UNCUT.

Link to the source article – https://www.uncut.co.uk/news/radiohead-paul-mccartney-u2-green-day-and-more-are-auctioning-off-guitars-for-charity-135509/?utm_source=rss&utm_medium=rss&utm_campaign=radiohead-paul-mccartney-u2-green-day-and-more-are-auctioning-off-guitars-for-charity

When The Edge saw The Rolling Stones perform recently, his mask allowed him to go unrecognized as he watched guitarist Ron Wood from the front…

A selection of guitars used by the likes of U2‘s The Edge, Amy Winehouse, Eric Clapton and more have sold for a total of over…

Former FIVE FINGER DEATH PUNCH guitarist Jason Hook is giving back to the crews and roadies that have been a part of his musical career,…

METALLICA, Steve Vai, Paul Stanley and Joe Satriani are among the icons of the guitar-playing world who have donated instruments and autographed guitars to help…