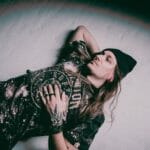 Though the tan lines have long since faded, the same cannot be said about the indelible mark that Rain Man and OLY‘s Sirius XM-embraced “Bring Back The Summer” left on the summer 2016 season. Its lyrical hook a constant refrain on speakers, “Bring Back The Summer” formally emerged as a perfect storm of dance and pop elements on March 4. Just a little over five years to the date of that fateful single’s dispersement, the former Krewella constituent and OLY have reconvened for a justified reunion.

Link to the source article – https://dancingastronaut.com/2021/04/rain-man-and-oly-bid-for-summer-anthem-status-with-still-young/

Kris Trindl is an artist that should ring a major memory bell if you’ve been keeping up the early EDM bangers of the 2010s. The…

With a new summer on the horizon, Norwegian hit producer Tungevaag has seized the moment to deliver one of this season’s undeniable feelgood tunes. Going…

This week saw some big moves in the dance world, with The Weeknd’s manager (and recent Billboard cover star) Sal Slaiby joining the Swedish House…

If you’re looking for some feel-good EDM vibes that will definitely brighten your day, check out ALWZ SNNY’s brand new release with the songwriter/rapper TyeRiffic…