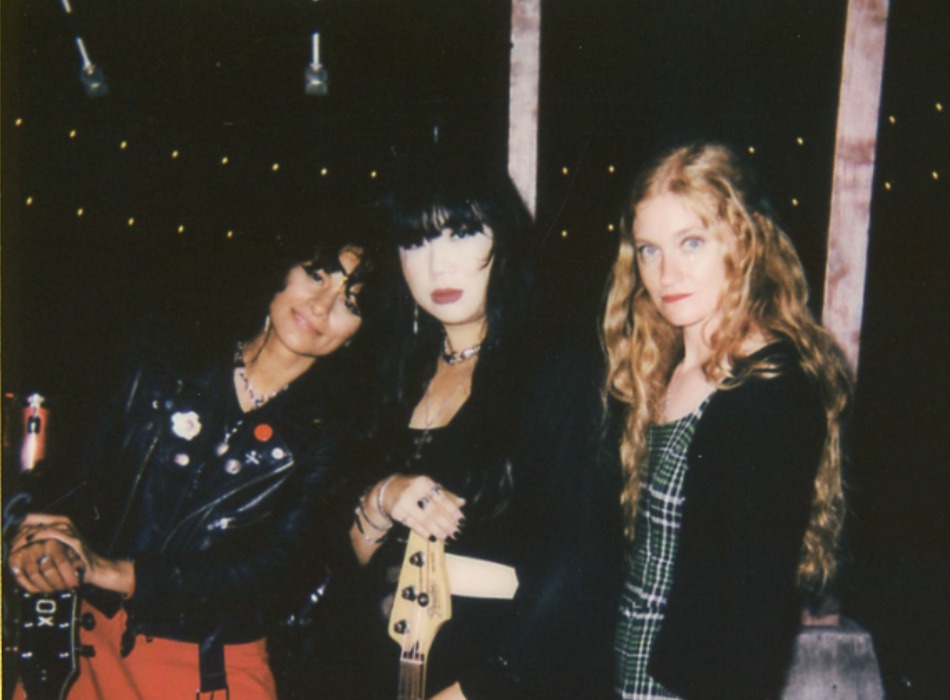 Read more: 10 alternative albums by women that have influenced music since the ‘90s

The series follows local music communities in New York and Los Angeles through the lenses of six rising filmmakers. The episodes aim to highlight the cities’ respective music scenes as well as the artists and fans involved in them.

Directed by Ali Roberto, “Redefining Feminism in Punk: Los Angeles” is the third episode in the series, and it focuses on the past, present and future of women in Los Angeles’ punk scene. Schemel, the Linda Lindas, Backstage Pass, Exene Cervenka and LA Witch are all featured in the documentary and share their opinions on women in punk.

Roberto spoke to Alternative Press at length about the vision behind the project and how it came to be.

“Last year, Dr. Martens asked me to produce and direct a 7-part docuseries over quarantine,” Roberto says. “It was an intimate look at how bands were surviving with canceled tours and plans and how they were being active within their communities and giving back. This year, Dr. Martens came to me and gave me the option to choose any scene in Los Angeles for the episode. I’ve always been fascinated with the Los Angeles punk scene and how punk resurges into the mainstream when we are in political and social upheaval. Punk has been coming up in the mainstream a lot in the past few years, unsurprisingly.

Read more: Master Peace went from rapping in a small crew to striking out on his own

“From Olivia Rodrigo recreating all of Hole’s iconic imagery to the Linda Lindas going viral with ‘Racist Sexist Boy,’ Punk’s DIY and ‘fuck you’ attitude is becoming a rally cry for those yearning for societal change. The marriage of these two things is undeniable. Womxn in music have a lot up against them, from sexist labels trying to control their image to handsy show bookers trying to cop a feel. This film showcases their strength and rebellion from the very first all-female punk band in LA to the youngest and newest that are making the biggest waves. This story has something for everyone, even if you are unfamiliar with punk.”

Roberto also spoke about what it was like collaborating on the project.

“Interviewing Exene and Patty was an absolute dream come true. I have looked up to these women for a long time,” Roberto continues. “They adorned my walls growing up as I yearned to move away from my hometown and immerse myself in music and art. My filmmaking partner Sébastien Paquet also had the same dreams growing up in France, and now we create films together. Seb has been the main cinematographer for Korn for the past 16 years. He is the one behind the camera at every show and every rock and metal festival in the US. Together, we create docufilms and music videos for many artists you know and love.”

The short film includes archival footage of early X and Hole shows as well as the time Backstage Pass opened for Elvis Costello.
Ahead of the release, Schemel and the Lindas Lindas also connected with AltPress about the project.
“I was honored to be asked by Doc Martens to be a part of their film series and share my experience as a woman playing punk rock,” Schemel says. “Hearing Exene Cervenka talk about what it was like for her was amazing. It’s cool to hear what newer bands are saying about what they’re influenced by and how they create their music. What’s changed and what hasn’t.”
Of the film, the Linda Lindas said, “It was a super fun afternoon talking about being girls in the Los Angeles punk scene and really awesome sharing our experiences in a cool video with heroes like Exene from X and Patty from Upset and Hole.”

Episode three is the latest of the six films to be released and follows the first two episodes. The first episode in the series focuses on the roots of New York’s Afro House scene and features artists such as Eli Fola and DJ AQ.

Read more: How linking up with Phoebe Bridgers allowed MUNA to finally be heard

To check out “Redefining Feminism in Punk” and learn more about Dr. Martens Presents, visit here.

Link to the source article – https://www.altpress.com/news/redefining-feminism-in-punk-patty-schemel-the-linda-lindas/

Riot grrrl band the Linda Lindas have shared a new single inspired by vocalist/guitarist Bela’s cat, Nino. Featured on their 2020 debut EP was a…

Los Angeles punk band The Linda Lindas have paid tribute to one of their greatest inspirations, sharing a cover of The Go-Go’s‘ ‘Tonite’. The young…

Music Their debut full-length, ‘Growing Up,’ is out now. April 11, 2022 The Linda Lindas have rocked the stacks once more, this time for an…