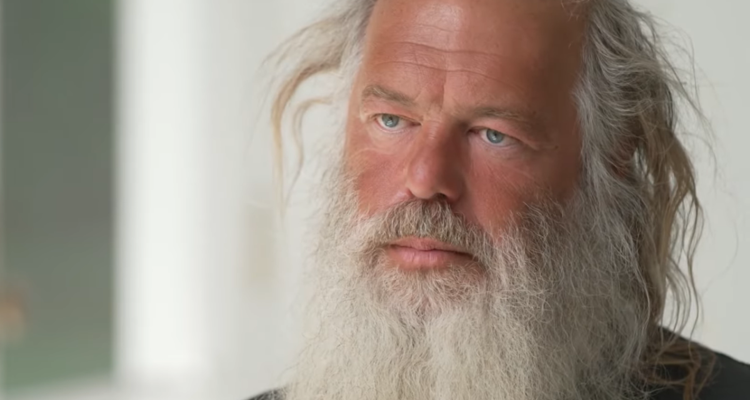 Legendary producer Rick Rubin admits: “I have no technical ability, and I know nothing about music.”

Rick Rubin’s genre-spanning career has included work with artists like Jay-Z, Kanye West, Eminem, LL Cool J, Beastie Boys, Red Hot Chili Peppers, and Black Sabbath. But the legendary producer said in an extensive interview with Anderson Cooper on 60 Minutes that he “barely” knows how to make music or play an instrument.

“I have no technical ability, and I know nothing about music,” said Rubin, to which Cooper couldn’t help but laugh.

In the interview, which airs on Sunday, January 21, the music industry veteran explains that his music taste has always been the driving force behind his creative choices. His book, The Creative Act: A Way of Being, was released earlier this month and further details his working process.

Arguably one of the most accomplished music producers, Rick Rubin co-founded Def Jam Records with Russell Simmons in the early 1980s and launched the rock-oriented American Records. Rubin even served as co-president of Columbia Records from 2007 to 2012.

Rubin has won nine Grammy awards and helped craft some of the world’s most significant rap records, including LL Cool J’s Radio, Beastie Boys’ Licensed to Ill, Public Enemy’s It Takes a Nation of Millions to Hold Us Back, and Kanye’s Yeezus. His lack of technical experience in music has been public knowledge for years, explaining in a previous interview that his creative decisions come partly from avoiding comparison to whatever is popular or successful at that moment.

“We each have a singular voice; we each have our own voice. What I do is different than what you do. We all do something different, and they’re not comparable. They have nothing to do with each other. It’s apples and oranges,” Rubin explains. “So if you make something today and you think it can be better, tomorrow you can improve it. You can continually make the thing you’re making better. You can learn and practice and do anything.”

Link to the source article – https://www.digitalmusicnews.com/2023/01/18/rick-rubin-says-he-knows-nothing-about-music/

Rick Rubin has opened up about his creative process, claiming that he “know[s] nothing about music”. The acclaimed music producer, who’s worked with the likes…

Addiction can make people behave in ways that they wouldn’t sober. In the case with Red Hot Chili Peppers, they were apparently so “terrifying” that…