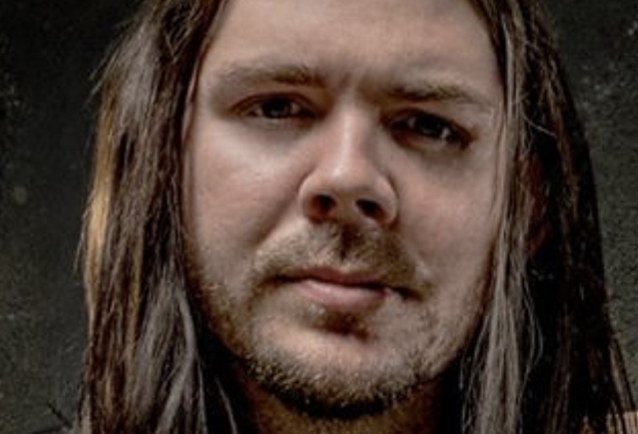 In October 2019, Scott announced that he was returning to SALIVA, explaining at the time that he wanted to get together with his former bandmates and “write a badass record.” Less than a year and a half later, in March 2021, SALIVA guitarist Wayne Swinny poured cold water on those plans, saying that the reunion with the singer “never really got off the ground.”

Amaru discussed Scott‘s failed reunion with SALIVA during a brand new interview with Chris Akin Presents. He said (as transcribed by BLABBERMOUTH.NET): “They had dabbled with the idea of getting back together and doing a tour and doing some stuff. And it looked like that was gonna happen. And I was all for that. I was like a fucking advocate for that, and I wanna let people know that. I was, like, ‘Hell yeah! I think this would be great for the fans’ and stuff. And then I think it just got weird — it got weird with certain camps. It was, like, ‘Yeah, let’s do this. This is gonna be awesome.’ And then next thing you know, there’s different managers and different agents and different people contacting Wayne and the band. And it was kind of, like, ‘Wait a second. What we’ve been doing the past nine years, I don’t wanna just throw that in the trash.’ I think that was Wayne‘s deal. So it just didn’t lineup; it didn’t work out. And that’s just the truth. Anyone can tell you anything else, but that’s what happened. The timing wasn’t right for that. It would have been great, ’cause it was 20 years; it would have made total sense. But certain people — I don’t know — they just couldn’t get on the same page.”

When pressed about the fact that it was recently announced that SALIVA will reunite with Scott for a one-off appearance at this year’s Blue Ridge Rock Festival, set to take place September 8-11 at the Virginia International Raceway in Alton, Virginia, Bobby said: “But I’m doing that show too. So what we’re doing is we’re taking the approach of kind of like what KILLSWITCH ENGAGE did and we’ll feature, basically, two singers. So you’ll have me — I’m gonna start the show — and then… I don’t really wanna give away what we’re gonna do, but it’s gonna be awesome; it’s gonna be great; it’s gonna be cool. Yeah, so it’s gonna happen. And just so people are aware, it’s both singers. But I’m gonna do my thing; he’s gonna do his thing. And I think it’s great. It’s gonna be awesome.”

SALIVA‘s reunion with Scott at Blue Ridge was originally announced on March 18 by festival organizers via Twitter. They wrote: “It is Happening. For years it is has been highly rumored and demanded, now it finally takes place this September.” Less than two weeks later, Scott shared the announcement on Twitter for the first time and included a simple two-word comment: “LETS GO!!!!!!” When one fan asked him, “Are u serious???”, he responded: “Yes!”

When Swinny spoke to WRIF about SALIVA‘s failed reunion with Scott, he said that even though there were some initial discussions about Josey‘s return to the group, there was no follow-up to ensure that the plan was executed.

“If you wanna do something, do it,” Wayne said. “But you can’t just talk about it and have it magically happen. There’s work, there’s planning, there’s stuff that goes into it, and none of that stuff was done early enough to pull it off.

“Yeah, there was some fan response, saying, ‘Wow, yeah, that might be cool.’ But it didn’t get enough steam to take off,” he explained. “All the preliminary stuff kind of got set up, and it just didn’t jell.

“It just didn’t make sense to stop what we [the current lineup of SALIVA] were doing and do that, because you’ve got momentum, we’ve got a groove going, the band’s tight live. I didn’t feel like we should give that up or give that a rest.”

Last December, Josey took to his Twitter to write: “I want 2 apologize 2 my fans because I thought I was gonna reunite w/certain people & make u new music, & that fell through, but, I believe everything happens for a reason. There are no coincidences. A blessing in disguise. Now it’s just u, & me, how intimate is that? #SV2022”.

SALIVA released six albums with Scott and tasted platinum success and a Grammy nomination for its first big hit, “Your Disease”.

Last May, SALIVA celebrated the 20th anniversary of its breakthrough major label debut, “Every Six Seconds”, with a special project called “Every Twenty Years”, an EP of classic songs re-recorded with Amaru.

Link to the source article – https://www.blabbermouth.net/news/salivas-bobby-amaru-says-upcoming-reunion-show-with-josey-scott-will-feature-both-singers/

Original SALIVA singer Josey Scott has apologized to fans for his failed reunion with the band. Scott left SALIVA at the end of 2011 after…

April 12, 2022 SALIVA frontman Bobby Amaru says that 2021 “was just not a good year” for the band’s planned reunion with original vocalist Josey…