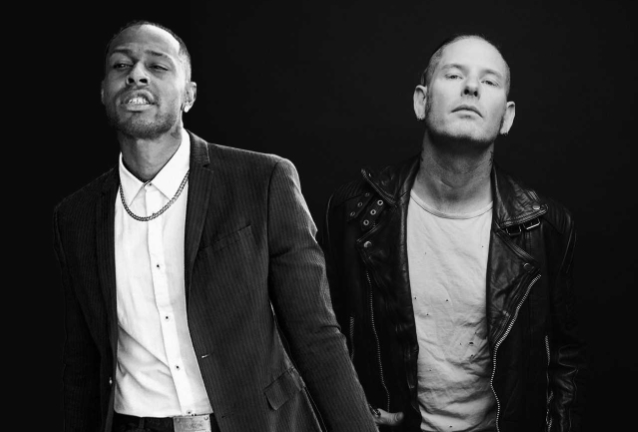 Houston-bred rock/hip-hop fusion artist Hyro The Hero has released a new version of the title track off his “Kids Against The Monsters” project with a feature from SLIPKNOT‘s Corey Taylor. The release is the culmination of a series of singles featuring high-profile fellow artists that Hyro The Hero has dropped over the past year. The project originated as a mixtape, inspired from his Houston underground hip-hop roots, and is now available in full as an EP to stream and download across digital platforms.

The “Kids Against The Monsters” track was recorded remotely during lockdown in 2020, after Ben Bruce of ASKING ALEXANDRIA, a mentor to Hyro, reached out to Taylor. The answer was an immediate yes. Late last year, fans got an early listen to the track when it appeared in episode eight of Apple TV+‘s basketball drama series “Swagger”, executive produced by Kevin Durant and directed by acclaimed filmmaker Reggie Rock Bythewood. An official video for the track was also released today.

Thrilled to be sharing the latest version of “Kids Against The Monsters” with Taylor, Hyro said: “Working with Corey Taylor was absolutely incredible. When I first heard him sing the words of the chorus we created, I got chills.

“‘Kids Against The Monsters’ is about the problems we deal with from generation to generation. This generation is trying to find peace and fix past mistakes. When you press play and listen to my music, I want you to feel the positivity and love.”

Taylor also gave his thoughts on teaming up with Hyro on the track, saying: “It’s always nice to collaborate with up-and-coming talent, especially when you’re a genuine fan. I was stoked to hop on this song with Hyro The Hero. He embodies what a true artist is meant to do: make you feel something. This song is a great reminder that we’re stronger together when facing our demons.”

In addition to capturing the attention of his musical peers, Hyro‘s music has piqued the interest of influential media such as The Houston Chronicle, his hometown paper, who profiled the artist at the top of this year writing, “Over the years, Hyro — born Hyron Louis Fenton Jr. — has built on that mashup [rock and hip-hop] and become a full-fledged rock star.” True to that sentiment, Hyro brings together a unique blend of influences across rap, rock, punk, and hip hop on this EP, gathering a group of iconic artists to join him on a collection of songs that speak to the racism, class discrimination, and political division in our society, and hopes to inspire a way forward, encouraging all the kids to unite.

The “Kids Against The Monsters” mixtape includes previously released tracks such as the incendiary “FU2 (feat. AJ Channer of Fire From The Gods)”, “We Believe (feat. David Draiman of Distubed)” and “Fight (feat. Chad Gray of Hellyeah)”. Hyro announced the project in a reflective piece published by Knotfest last year, explaining how his Houston roots introduced him to the idea of the mixtape and expressing how sacred that concept is in the hip-hop community to reaching new fans. The mixtape is an embodiment of Hyro‘s growth as a musician, as he stayed true to the hip-hop ideology embedded in his DNA, while also fulfilling the emotional pull he felt towards rock music in his teens. Additionally, Knotfest aired a series of interviews with Hyro and his collaborators to dive deeper into the project and the inspiration behind each track.

01. Kids Against The Monsters (feat. Corey Taylor of Slipknot)

After non-stop touring in support of his last album, Hyro dove right into the studio with producer Matt Good (ASKING ALEXANDRIA, HOLLYWOOD UNDEAD, FROM FIRST TO LAST). Under a flurry of inspiration, they recorded an entire album over the course of just two weeks. In the process, he expanded his sound dramatically.

“You can see and hear the growth in this album,” he says. “I had to go through everything that brought me to this point and I’ve really learned how to focus on storylines and approach records structurally and lyrically. All of my experience built up respect to work with some of my heroes on the new material.” He grins and says, “I want to have my name in this game for a lifetime.” 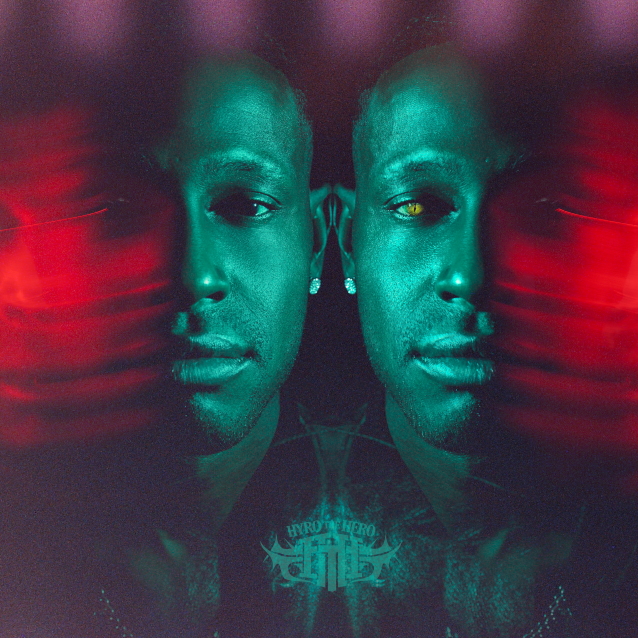 Link to the source article – https://www.blabbermouth.net/news/slipknots-corey-taylor-teams-with-hyro-the-hero-for-updated-version-of-kids-against-the-monsters/

Rap-rock artist Hyro the Hero on Friday (April 15) released a new version of his song “Kids Against the Monsters.” It features Slipknot vocalist and solo…

South Carolina alt-metal group Islander just put out It’s Not Easy Being Human, their third album, which features a number of high-profile guest appearances from noteworthy…

Slipknot‘s Corey Taylor recently sat down on SiriusXM‘s Trunk Nation with Eddie Trunk to discuss the band’s new album. He said the record is finished, but…

A new Slipknot album is most certainly on its way and at the band’s show yesterday (June 1) in Cincinnati, Ohio, Corey Taylor reassured the crowd…