They are among the latest batch of just announced names

They join the lineup alongside new additions Cassyette, SMRTDEATH, DeathByRomy, Streetlight Manifesto, The Suicide Machines, Punk Rock Factory, MC Lars, Bears In Trees and In Her Own Words. 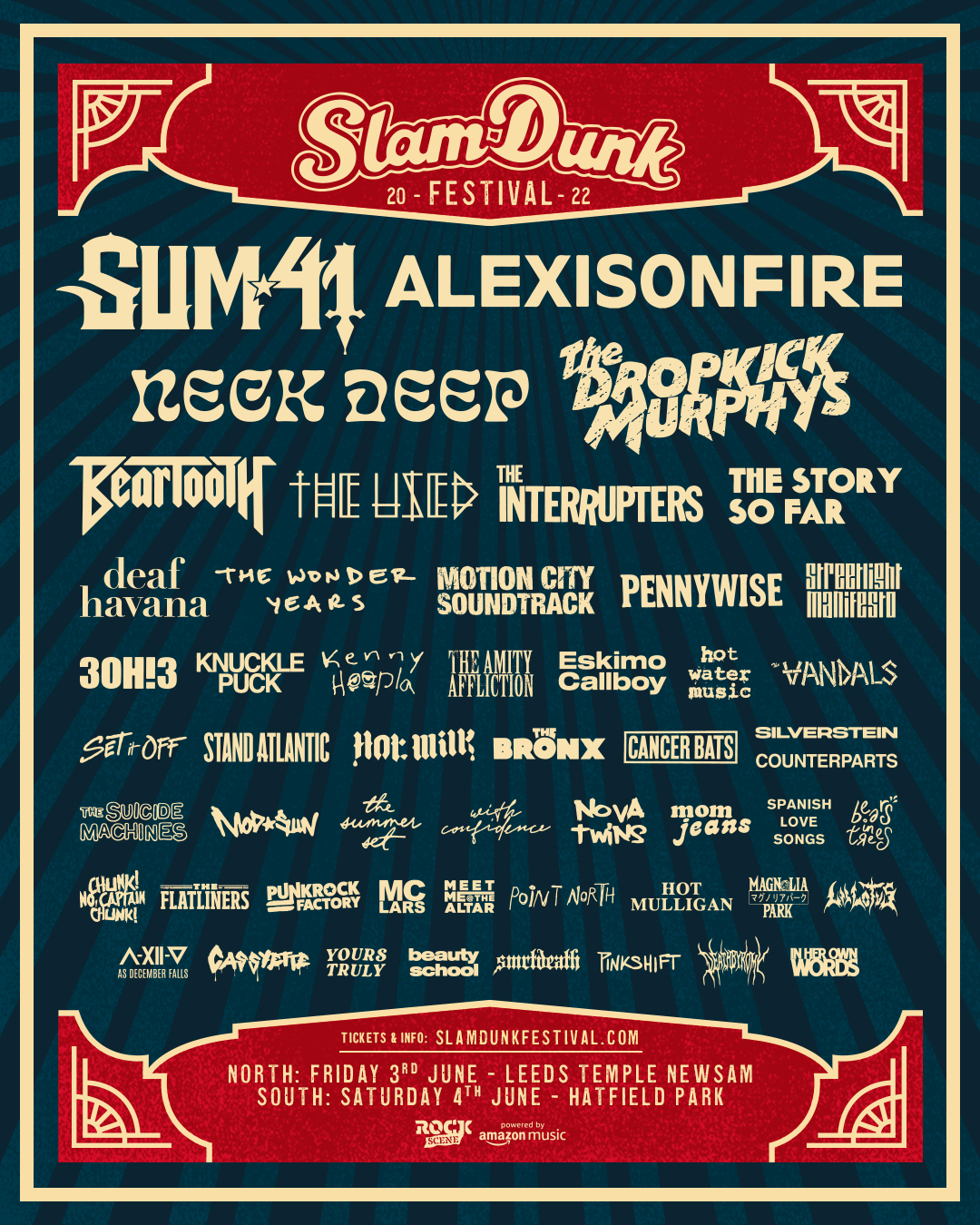 Sadly, following their announcement earlier this week, Dream State will no longer be appearing.

As previously announced, Alexisonfire, Sum 41, Neck Deep and The Dropkick Murphys will headline the event.

Here are the dates that you need to know:

Link to the source article – https://www.rocksound.tv/news/read/stand-atlantic-have-just-been-added-to-the-slam-dunk-lineup

See the rest of the lineup here. Continue reading… Link to the source article – https://loudwire.com/slam-dunk-festival-2022-lineup/

This is how you make an already stacked line-up even more stacked. A new year and even more bands are being added to this summer’s…

Here’s who you will be seeing in June. Download Festival have just added 14 new names to their 2022 lineup. Skindred, Yonaka and Kid Brunswick…

Bet you didn’t see this coming! After releasing a handful of standalone tracks over the last few years, Alexisonfire have confirmed that they are releasing…