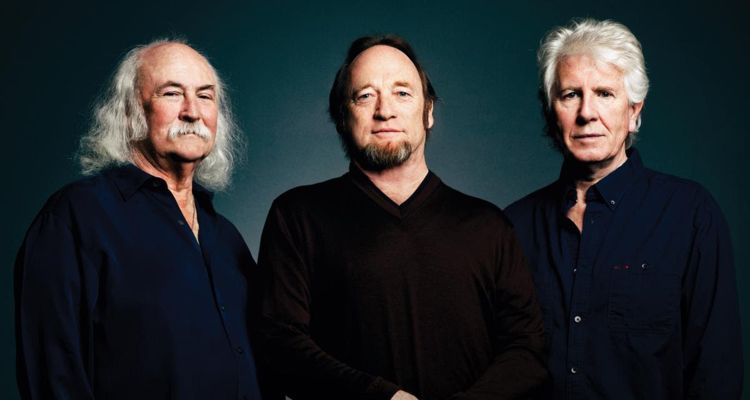 Following the announcement of the passing of singer David Crosby, known for his work with the Byrds and Crosby, Stills, Nash & Young, the music world has come together to mourn the loss. Among those paying tribute on social media were Crosby’s former bandmates and collaborators, Graham Nash, Stephen Stills, and Neil Young.

“I know people tend to focus on how volatile our relationship has been at times, but what has always mattered to David and me more than anything was the pure joy of the music we created together, the sound we discovered with one another, and the deep friendship we shared over all these many long years,” wrote Graham Nash on Instagram.

“David was fearless in life and music,” Nash continued. “He leaves behind a tremendous void as far as sheer personality and talent in this world. He spoke his mind, his heart, and his passion through his beautiful music and leaves an incredible legacy. These are the things that matter most.”

Stephen Stills took to Twitter to praise Crosby Thursday evening, saying he was “happy to be at peace with him” despite their past conflicts.

“David and I butted heads a lot over time, but they were mostly glancing blows, yet still left us numb skulls,” wrote Stills. “He was without question a giant of a musician, and his harmonic sensibilities were nothing short of genius. The glue that held us together as our vocals soared, like Icarus, towards the sun. I am deeply saddened at his passing and shall miss him beyond measure.”

Neil Young posted his tribute to Crosby on his website, stating that “David’s voice and energy were at the heart of our band.”

“His great songs stood for what we believed in, and it was always fun and exciting when we got to play together,” wrote Young. “We had so many great times, especially in the early years. Crosby was a very supportive friend in my early life, as we bit off big pieces of our experience together. David was the catalyst of many things.”

Other artists commenting on Crosby’s passing included Beach Boys co-founder Brian Wilson and singer Rosanne Cash, daughter of country music legend Johnny Cash. Wilson tweeted a photo of himself and Crosby and reflected on the loss.

“I don’t know what to say other than I’m heartbroken to hear about David Crosby,” wrote Wilson. “David was an unbelievable talent — such a great singer and songwriter. And a wonderful person. I just am at a loss for words.”

“I can’t begin to say how influential Crosby, Stills and Nash were for me,” tweeted Rosanne Cash. “I’m grateful David Crosby lived, and so very sad he’s gone.”

Link to the source article – https://www.digitalmusicnews.com/2023/01/20/stills-nash-young-pay-tribute-to-david-crosby/

They released a statement in support of Neil Young. Continue reading… Link to the source article – https://loudwire.com/david-crosby-stephen-stills-graham-nash-exit-spotify-support-neil-young/

This past Thursday (Jan. 19), Loudwire reported that legendary singer/songwriter David Crosby has died at the age of 81. Naturally, numerous music icons – such…

The death of David Crosby has opened the floodgates to a wave of tributes and remembrances from his musical friends and admirers. A founding member…

Neil Young had long been estranged from David Crosby when his former bandmate died this week. He’s decided instead to focus on the legendary songs…

Neil Young has paid tribute to David Crosby. Crosby, a founding member of The Byrds and Crosby, Stills & Nash, died yesterday (January 19) at…