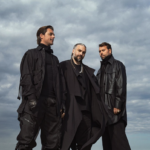 “New Swedish House Mafia” twice in one week was definitely not on 2021’s bingo card. Yet here we are.

Axwell, Sebastian Ingrosso, and Steve Angello truly proved patience is a virtue on July 15, not only making their first musical appearance as a trio in almost a decade, but also setting off the bombshell declaration that their debut studio album, Paradise Again, would land in full before 2022. The Swedes are barely allowing fans any time to wrap their minds around the announcement, now moving on from the LP’s lead offering—an overhauled version of their reunion tour ID, “It Gets Better”—and locking in its next superseder.

It wouldn’t be a stretch to claim that Swedish House Mafia delivered “It Gets Better” without the thought of crossover sovereignty on their mind, and Paradise Again as a whole wasn’t planted on the basis to “satisfy the digital market,” as Steve Angello put it, adding that their sole intention was to write an “album [they] love.” However, any Paradise Again cuts being commercially viable doesn’t have to be mutually exclusive with Angello’s portrayal of the LP’s artistic narrative, and that’s being substantiated first hand on the project’s newest offering.

“Lifetime,”—aptly dubbed after Axwell’s iconic one-liner from Ultra 2018—checks in as Swedish House Mafia’s second hiatus-ending single, unexpectedly placing a pair of collaborative chairs down for both Ty Dolla $ign, who by no coincidence whatsoever is represented by the Swede’s new manager, Sal Slaiby, as well as blooming hip-hop wonder, 070 Shake.

Before right now, “Lifetime” had yet to reach ears beyond those of Swedish House Mafia or anyone close to the camp, although some were aware of its existence due to the reunion campaign’s creative director Alexander Wessely’s brief livestream from earlier this year. In the same fashion as “It Gets Better,” the Mafia have laudably wiped the production slate clean from the sound of the 2010s on their latest delivery. If “It Gets Better” hadn’t already immediately done so, “Lifetime” firmly trots the trio right back into the mainstream line of sight with the telling synth-pop influence of Daft Punk and the dark grit of Gesaffelstein, that shifts a complete 180° style-wise from its Paradise Again precursor. The veritable creative genius of all three Mafiosos stands front and center on “Lifetime,” tagging in Ty Dolla $ign and 070 Shake for a late-night, R&B tide that flawlessly fills out a well-rounded production that seats something new at the Swedes’ table for a second straight outing.

For their first public appearance since the reunion tour-ending performance in Saudi Arabia in December of 2019, Swedish House Mafia and their “Lifetime” co-stars are set to perform the single on The Tonight Show with Jimmy Fallon on July 19.

Link to the source article – https://dancingastronaut.com/2021/07/swedish-house-mafia-return-for-second-paradise-again-delivery-with-ty-dolla-ign-and-070-shake-on-lifetime/

“New Swedish House Mafia” twice in one week was definitely not on 2021’s bingo card. Yet here we are. Axwell, Sebastian Ingrosso, and Steve Angello truly proved…

Swedish House Mafia ended a nine-year gap in new music releases last Friday with the release of “It Gets Better,” and they’re hurrying along toward…

A collaboration between Swedish House Mafia and The Weeknd was truly a matter of when, not if. After a nine-year release silence, the Swedish kings…