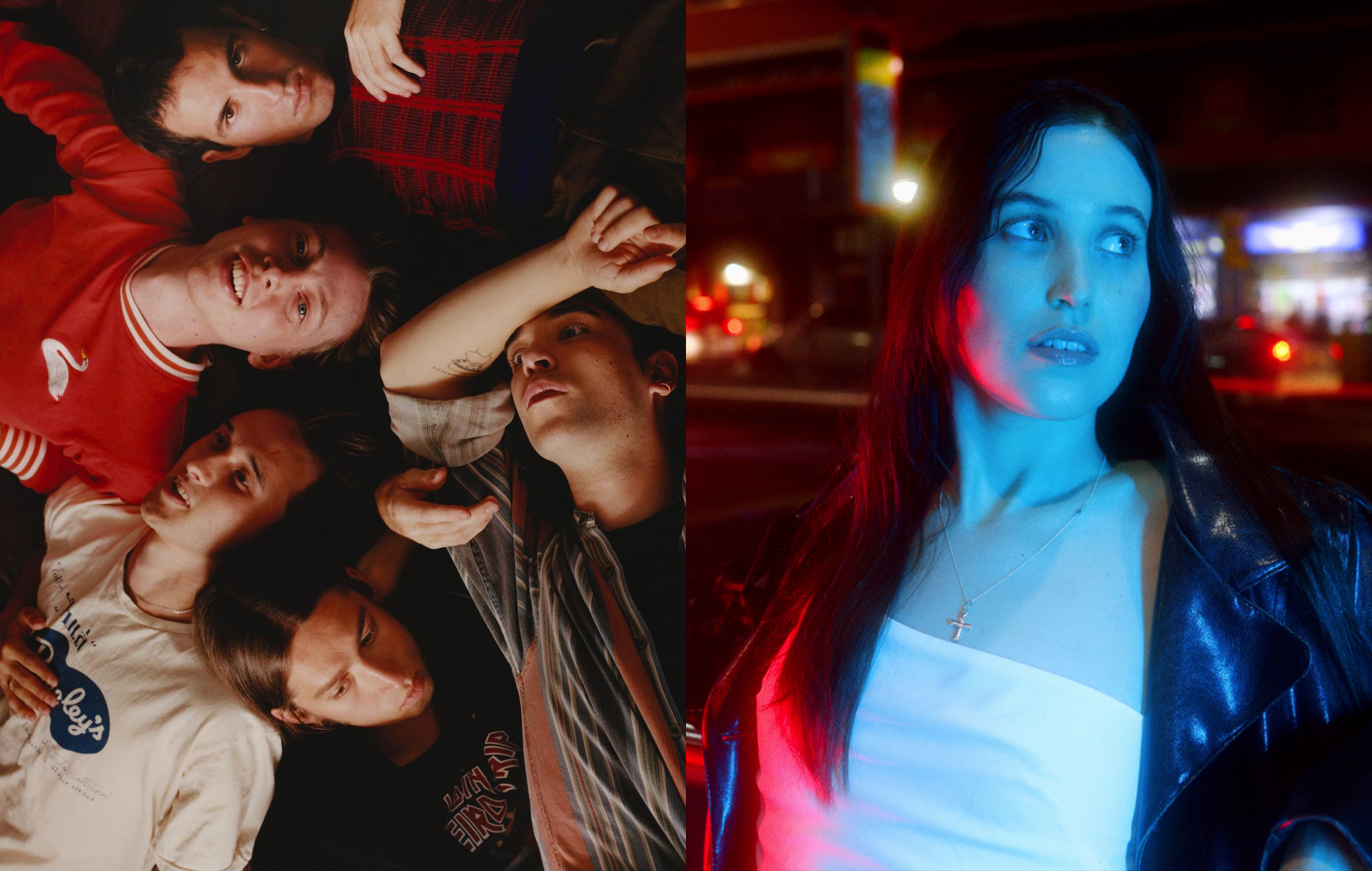 The single arrives ahead of Swim Deep’s upcoming EP ‘Familiarise Yourself With Your Closest Exit’, which will see the Birmingham band collaborate with different artists on each track.

Hatchie brings wistfulness to the track, which is a propulsive and synth-draped ballad written affectionately for the “world’s unluckiest guy”.

Swim Deep’s Austin Williams explained in a statement that they reached out to Hatchie – real name Harriette Pilbeam – to ask if she could feature on their “then unfinished song.”

“What came back was something far grander and more magical than I could ever imagine,” he added.

Listen to ‘World’s Unluckiest Guy’ below.

After the single’s release, Swim Deep also announced their first concert since the start of the pandemic.

The band will also perform a one-night London concert at 100 Club on March 10, with special guests to be announced soon.

‘Familiarise Yourself With Your Closest Exit’ is due for release sometime this year. Its first single, ‘On The Floor’, was released last November.

The song featured singer-songwriter Phoebe Green, who joins a cast of collaborators for the EP alongside Hatchie, Thai artist Dept, and Williams’ fiancee Nell Power.

The EP is made up of a series of “pretend pop songs” that Williams wrote during lockdown, with the intention of writing them for another artist, he told NME.

“I’ve been writing songs for Swim Deep for 10 years now and sometimes it feels like there’s so much pressure that you put on yourself and all these filters, where you feel like you have to follow this brand that you’ve created yourself,” Williams explained.

“You’re scared of what people think and you’re scared that you could create something that you think isn’t good and then hate yourself for it – which is 90 per cent of the creative process, unfortunately.”

It’s a dreamy return… Swim Deep and Hatchie have shared their new single ‘World’s Unluckiest Guy’. The B-Town wonders are back, and this time round…

It’s about being gentle to yourself… Hatchie has shared her gleaming new single ‘Giving The World Away’. Out now, it’s the title track of her…

Hailing from Oregon, RIP Kenny is one of the most exciting acts to watch in the dubstep and bass landscape. Fresh off the release of…

It just keeps on getting bigger! 2000trees have revealed that a whole load new bands have joined the line-up. Up top, Turnstile are going to…