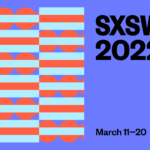 SXSW has announced who will be performing at the 2022 edition of the festival, which will see the event returning in-person for the first time in two years. Surfbort, Maxo Kream, Poppy Ajudha, Fearing, Walt Disco, and more have all been announced as part of the first phase of the event’s lineup with over 240 artists from across the globe. James Minor, the head of the SXSW Music Festival, said in a statement,

“Our first round of Showcasing Artists is a taste of what you can expect to see at SXSW 2022; a diverse lineup full of adventurous talent that’s ripe for discovery. We’re looking forward to bringing the music world back together next March to see where we’re headed.”

The festival was purchased by Penske Media Corporation, the media company which owns Rolling Stone, Billboard, Variety, and more. Penske now owns a 50% share of the festival, making it the event’s largest stakeholder. See the full first phase lineup for SXSW 2022 here.

Link to the source article – https://dancingastronaut.com/2021/10/sxsw-shares-first-phase-of-2022-artist-lineup/

Today, The Brooklyn Bowl Family Reunion announced who will be joining them for their third annual event at the Empire Control Room & Garage during…

Today, The Brooklyn Bowl Family Reunion announced who will be joining them for their third annual event at the Empire Control Room & Garage during…

As a born-and-bred Texan, it’s no surprise that Trae Tha Truth is back in Austin for the 2022 edition of South by Southwest. Backstage at…

Ahead of the release of new album Headful of Sugar, Sunflower Bean headed to Austin, Texas, to play several shows at SXSW. Billboard‘s Tetris Kelly…

SXSW is winding down but the music is reaching peak levels. Kygo talked to Billboard about taking risks before he hit The Stage at Waterloo…