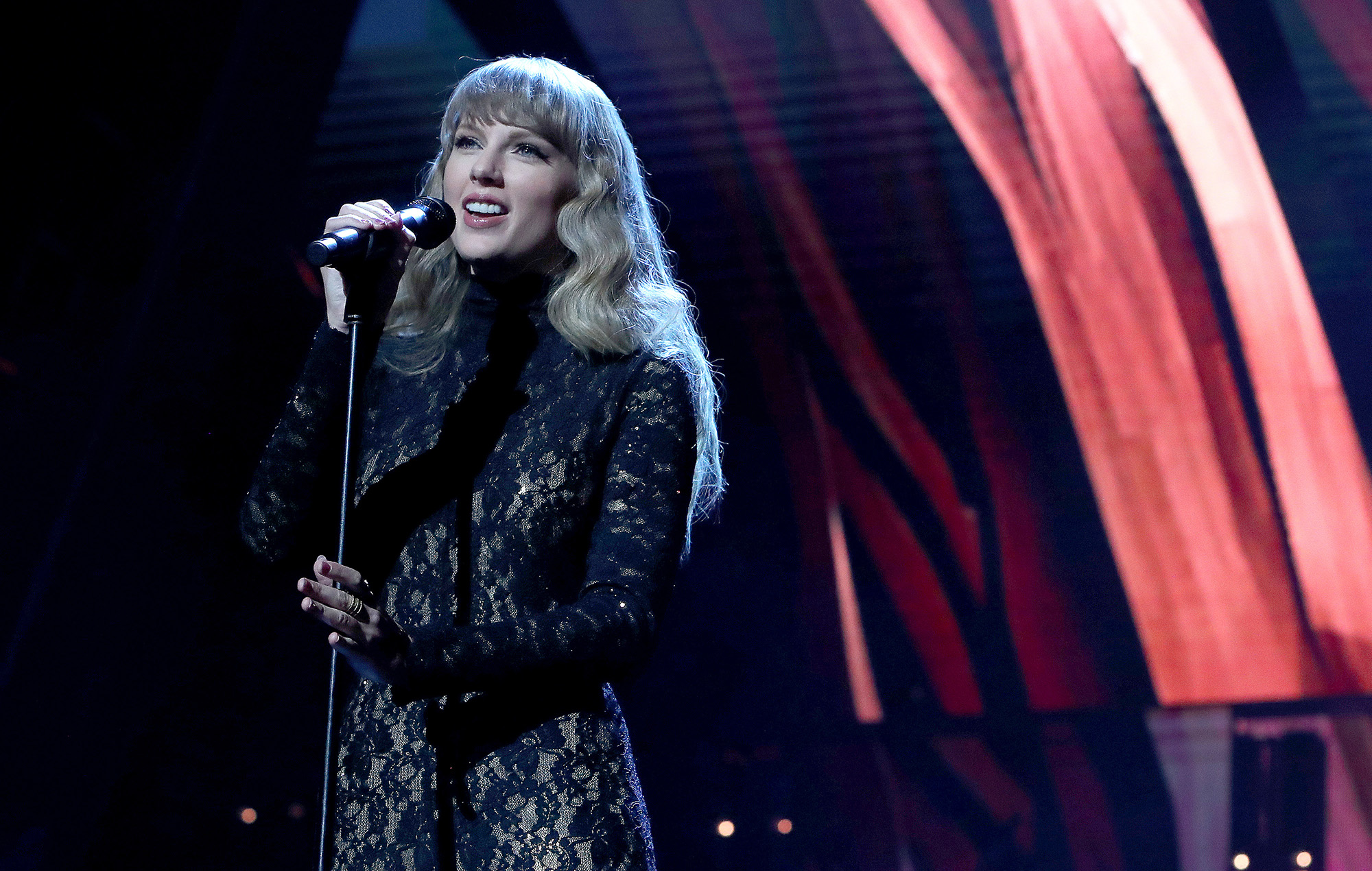 Taylor Swift has paid tribute to Carole King with a live performance of the iconic singer-songwriter’s track ‘Will You Love Me Tomorrow?’ at the 2021 Rock & Roll Hall of Fame induction ceremony.

Swift, along with Jennifer Hudson, inducted King during the ceremony at the Rocket Mortgage FieldHouse arena in Cleveland, Ohio on Saturday (October 30). Watch clips of Swift’s performance below:

our bean did so well you were so beautiful

In addition to the performance, Swift spoke on how King’s music influenced her over the years.

“I was raised by two of her biggest fans, who taught me the basic truths of life as they saw it: that you should treat people the way you want to be treated, that you must believe that you can achieve whatever you want to in life, and that Carole King is the greatest songwriter of all time,” she said in her speech.

“Her songs speak to the true and honest feelings that everyone has felt, is currently feeling, or hopes to feel one day. So it is only right for them to be passed down like precious heirlooms from parents to children, older siblings to younger, lovers to each other.

“These songs come to you from somewhere else – a loved one, a friend, or the radio. And then, suddenly, they are partly yours.”

King was previously inducted in the ’90s for her work as a non-performer, alongside her ex-husband and songwriting partner Gerry Goffin.

Back in 2019, King presented Swift with the Artist of the Decade Award at the American Music Awards.

The post Taylor Swift performs Carole King’s ‘Will You Love Me Tomorrow?’ at Rock & Roll Hall of Fame ceremony appeared first on NME.

Link to the source article – https://www.nme.com/news/music/taylor-swift-performs-carole-kings-will-you-love-me-tomorrow-at-rock-roll-hall-of-fame-ceremony-3083298?utm_source=rss&utm_medium=rss&utm_campaign=taylor-swift-performs-carole-kings-will-you-love-me-tomorrow-at-rock-roll-hall-of-fame-ceremony

Taylor Swift had the first word at the 2021 Rock and Roll Hall of Fame induction ceremony Saturday night (Oct. 30) in Cleveland. After opening…

Taylor Swift has yet another massive project this year. One of her most beloved songs, “All Too Well,” is getting a short film adaptation, written…

Taylor Swift and Saweetie will be joining Ed Sheeran as the musical guests on this month’s episodes of Saturday Night Live. November on SNL! pic.twitter.com/LqwRCeUdxY —…