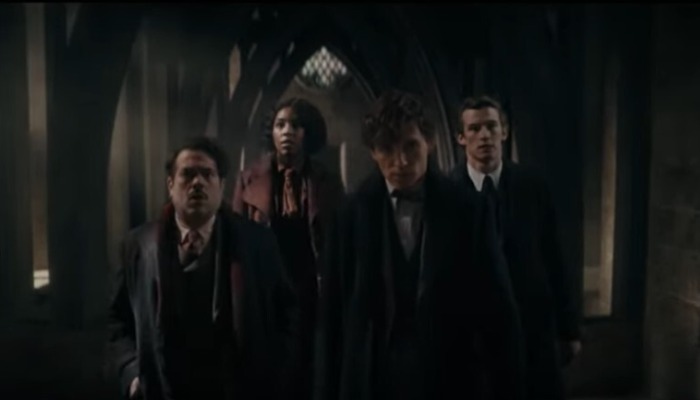 Harry Potter fans were finally given a first glimpse at Fantastic Beasts: The Secrets Of Dumbledore.

As part of a trailer celebrating the series’ 20th anniversary, a snippet from the film was shown.

The latest installment seems to pick up right after Fantastic Beasts: The Crimes Of Grindelwald and is set during the events leading up to World War II.

These heroes must prepare to go to war with the malevolent wizard, Grindelwald.

The quick teaser unveiled Mads Mikkelsen as Grindelwald, since the re-casting of Johnny Depp.

The teaser ends by revealing a trailer for the film that is due on Monday.

Along with the teaser, the celebration of The Boy Who Lived continues with the upcoming Return To Hogwarts reunion special premiering Jan. 1 on HBO Max.

Fantastic Beasts: The Secrets Of Dumbledore is scheduled to release April 15, 2022.

Link to the source article – https://www.altpress.com/news/fantastic-beasts-the-secrets-of-dumbledore-teaser/

Warner Bros. has revealed the latest trailer for Fantastic Beasts: The Secrets of Dumbledore. This is the third movie from the Harry Potter prequel franchise.…

Brad Pitt‘s production company Plan B has reportedly signed on for a Beetlejuice sequel from Warner Bros., according to Jeff Sneider of The Ankler. The…

In November 2001, the first Harry Potter film adaptation made its big-screen debut. Now 20 years later, the cast is reuniting for a nostalgic look…

Eddie Redmayne has reflected on playing a trans woman in 2015 film The Danish Girl, saying it was “a mistake” to take the role. In…