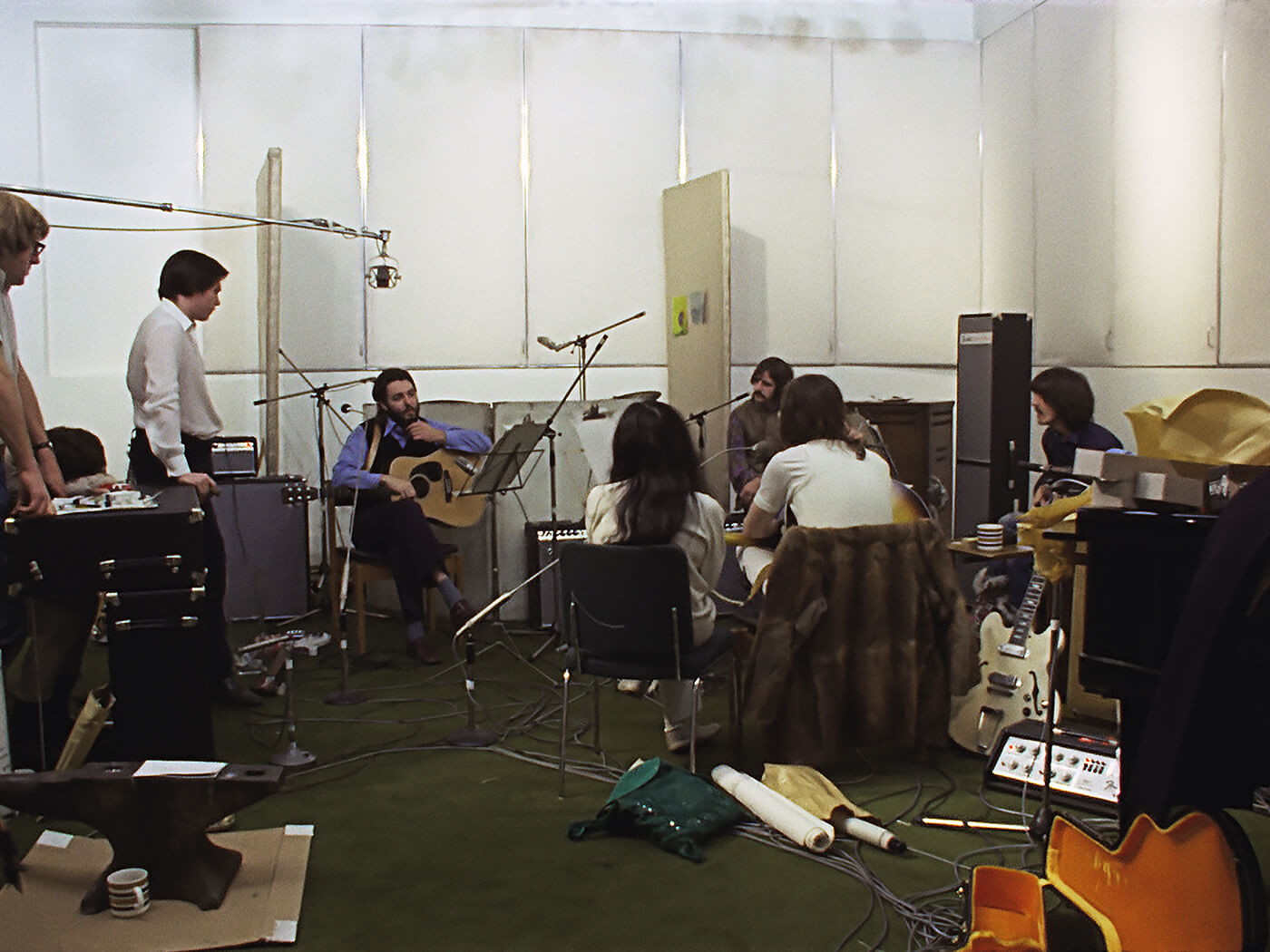 Peter Jackson is a transformative film director. He’s turned New Zealand into Tolkien’s Middle Earth, and (in his exceptional documentary They Shall Not Grow Old), remade the jerky, unrelatable figures in murky newsreel footage into the very real human combatants in the First World War.

If we were to have believed the teaser trailer for his Beatles documentary, which arrived to cheer the world in high pandemic times, his latest project had done something similar: turned notoriously fraught Beatles sessions into a feelgood movie, their rapport undimmed, the band still essentially – save the long moustaches and the new girlfriends – the same loveable moptops they were in 1964.

The director is very good, but he’s not a miracle-worker, and that early bit of misdirection ultimately cues up a three-part series which is a great deal deeper than anyone might have hoped. Just as the technical mastery of his war films restoration allowed a greater empathy with the subject, here the restoration brings us closer to the band – John Lennon’s fresh, newly-shaven face; George Harrison’s exceptional clothes – but ultimately shows us a pin-sharp picture of a project which still eludes definition.

Rehearsals for a TV special? Recording new songs for an album? Maybe some combination of the above? While the project grew and changed to find itself, Michael Lindsay-Hogg’s cameras rolled throughout January 1969 following the band from Twickenham to the Apple Studios on Savile Row, to the rooftop and down again. His film, Let It Be (released after the band’s split), succinctly captured some of the not-great atmosphere in the Beatles at that time. These new films – edited from his 150 hours of audio and 60 hours of film – are pitched as a long-overdue corrective to that impression.

Jackson can’t keep the Beatles together, but he does provide revelation. The famous George/Paul exchange at Twickenham (“Whatever you want me to play, I’ll play it…”) is shown here at full length, and proves to be the emotional and conceptual heart of the film; part of a much wider debate about how to move the Beatles forwards as a group, while asserting the personalities of the individuals. Lennon is glassy-eyed and recessive. George, self-evidently feels undervalued. Ringo is generally smoking, or asleep.

Paul, meanwhile, is simply on fire. He’s dynamic and resourceful at solving musical problems. He’s arbiter and vibes controller, and full of ideas for the bigger picture. Incredible music is literally coursing through him – in one among the film’s many unbelievable moments, we watch the arrival of “Get Back”, in real time. On the same day, he has a fun idea for the concert (that they “trespass” somewhere), and with Michael Lindsay-Hogg, comes within a footstep of conceptualising Live Aid. Without him, clearly nothing at all would get done around here. During the film’s most excruciating sequence McCartney tells the unproductive, opiated, Lennon: “To wander aimlessly is very unswinging. It’s unhip. What you need is a schedule.”

Pulling back from the 1969 headlines like this has allowed Jackson to reveal that it’s not Lennon or even McCartney at the heart of this story, but George Harrison. In the flashcard summary of Beatlemania which begins the series, he’s portrayed as a sly wit who also has his head screwed on (“It can’t go on” is his prescient 1964 summary of the band’s future). Come 1969, he’s hungry for change, sick of being condescended to (Lennon: “Is this a Harrisong?”), and on the brink of a singer-songwriterly paradigm shift which the others have failed to yet properly embrace: a sincere, and very 1970s, creative life outside the band.

Meanwhile, The Beatles work. There is jamming, and japes as the band attempt to reconnect with each other from remote camps in their private lives, but each day they interrogate the songs and try to push forward, while Mal Evans (road manager and secret amanuensis) writes down the words. When organist Billy Preston, a former Hamburg buddy, arrives on January 22 to visit, and stays to work, he helps them recapture a love of playing which is utterly innocent and joyful, even while their lives outside the studio remain horribly complex.

Even amid all this fantastic music, Paul has concerns. Just as it seems like the songs are coming together, the rooftop concert (the spectacular, multi-camera big finish to the film) decided on, and their mad plan to write and rehearse an album in a month near completion,  he bemoans that the ethos has been diluted – they are just making “another fucking album”. He wants the project to climax in a rather more spectacular fashion. What that climax might be precisely is never quite decided on, and nor is one artificially imposed here. Instead, Get Back tells a more subtle story: how the last year of The Beatles was productive for the band, but was also about the birth of four individuals – each with mixed feelings about the idea, each hoping that they might pass the audition.

The post The Beatles: Get Back appeared first on UNCUT.

Peter Jackson has teased his imminent new film on The Beatles, Get Back, saying it will make the legendary band “seem young again”. ORDER NOW: Bruce…

Peter Jackson has teased his imminent new film on The Beatles, Get Back, saying it will make the legendary band “seem young again”. The three…

The Beatles almost sacked George Harrison and were reportedly thinking about replacing him with Eric Clapton, according to a newly unearthed interview with John Lennon.…

This November, Disney+ will drop The Beatles: Get Back a new documentary stemming from “57 hours of the most intimate footage ever shot of the…

Following John Robinson’s definitive review of The Beatles: Get Back, here’s a deeper dive into 10 key moments from Peter Jackson’s new Fabs documentary. 1…