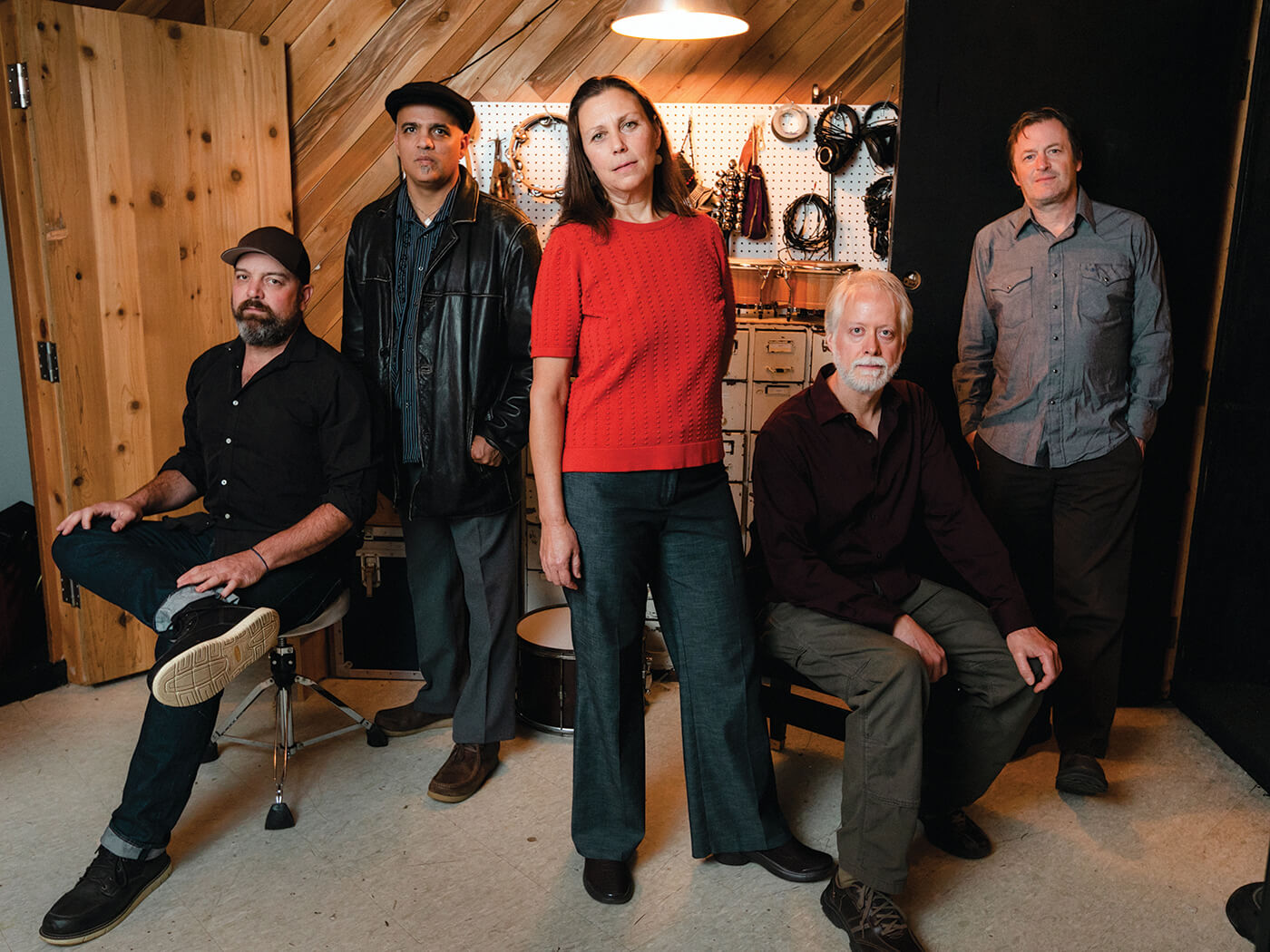 When Willy Vlautin told Amy Boone about his new batch of songs set on the Gulf Coast, the singer wasn’t quite sure whether he was referring to The Delines’ next record or a screenplay in progress. Her confusion is understandable: when he was at the helm of Richmond Fontaine, Vlautin wrote strong, deceptively simple narratives about the lonely and dislocated, the dispossessed and the perennially let-down, and he carried this literary style over into The Delines. There he developed richer, more soulful songs with Boone’s knockout voice in mind – equal parts Bobbie Gentry and Chrissie Hynde, it became the carrier of his songs’ blue-collar melancholy.

The Sea Drift is the band’s third album and, like their debut Colfax and several Richmond Fontaine records before that, it occupies a specific geographical location. Boone lived in Austin for years and it seems that when the pair got to discussing their shared love of Texas and the Gulf Coast in the run up to the record, they talked about Tony Joe White too. Boone asked the guitarist to write her a “Rainy Night In Georgia” and so The Sea Drift represents him trying to do just that.

Clearly, it’s much more than a shot at imitation across a full album: here are 11 songs of a romantic, Southern country-soul bent, as economical and well-judged in arrangements and execution as they are in their lyrical content, which is both painfully poignant and utterly unsentimental. Vlautin describes the record as “cinematic” and it’s hard to disagree, but it’s also small, in the best sense of the word – a series of intimate vignettes, rather than panoramic vistas. The band, which includes RF veterans Sean Oldham (drums) and Freddy Trujillo (bass), with defining keys and trumpet work from Cory Gray, play with warm, melodious restraint, though there’s grain and ache along with their languid swing.

The album’s opening line sets the listener straight down in Vlautin’s chosen locale, in the middle of an unexplained scene: “Little Earl is driving down the Gulf Coast/ Sitting on a pillow so he can see the road”. His typically unfussy prose is again its own kind of poetry, here in a dreamy, mid-paced setting in which liquid keyboard runs and softly swelling horns are the foil for Boone’s divinely weary voice. Two lines later, “Little Earl’s brother is bleeding in the back seat/It’s been 20 miles and he can’t stop crying”. Disaster waits just outside the song’s frame but this is a short story without an ending. It’s also the track “that helped create the sound and feel of the entire record”, as Vlautin told Uncut, since he wanted to make maximum use of Gray’s string-and horn-arranging skills.

Its narrative sets the tone of small-life struggle, too, concerning as it does “two brothers who get into a shoplifting-gone-wrong incident at a mini-mart outside of Port Arthur, Texas”. It’s not the first song Vlautin wrote for the album, though – that’s the heartbreaking “All Along The Ride”, which was recorded live and conjures the disintegration of a couple’s relationship while they’re driving back to Seadrift from Corpus Christi. In the strictest sense it’s a road song – and a car, that most familiar of songwriting signifiers, figures in four of the seven vocal tracks – but there’s no thrill of the open highway, no renegade romance. Rather, it’s a utilitarian symbol of the shiftlessness, both literal and existential, summed up in the album’s title.

The first of two brief instrumentals written by Gray follows “All Along The Ride”. Titled “Lynette’s Lament” by Vlautin after the main character in his latest novel, it’s a brooding, small-hours trumpet piece cast along “Almost Blue” lines, with keyboard countermelodies running beneath it. The other, “The Gulf Drift Lament”, is similarly lonesome but its midpoint swell carries it to a brighter, more resolute note on which to close the set. In between sit “Hold Me Slow” and “This Ain’t No Getaway”: the former moves to a warm and sensual, slow-mo swing, as you’d expect of a song whose protagonist commands, “Open up a bottle and I’ll close the shades/Put on something that sways and kiss my neck that way”; the latter depicts a woman returning to her volatile boyfriend’s house to pick up the last of her boxes so she can leave him for good, on her own terms: “I hear footsteps walking but I don’t run away/’cause this ain’t no escape, this ain’t no getaway”. You’d call them characters if these women didn’t seem so real.

The Sea Drift owes something to the classic sounds of Kristofferson, Gentry, Chips Moman/Dan Penn and Glen Campbell, but there’s no throwback nostalgia here. The Delines’ way with romance is all their own, and for 41 sweet, orchestral minutes, time is somehow suspended while we watch with our ears. The writer of “Rainy Night In Georgia” would almost certainly approve.

The post The Delines – The Sea Drift appeared first on UNCUT.

Several years ago, singer Amy Boone was in her garage apartment in Austin, Texas, when she got a letter from the songwriter Willy Vlautin. Boone…

The Delines return with a new album, The Sea Drift, released on February 11, 2022 via Decor records. ORDER NOW: Read the full feature on David…

When Smokin’ The Dummy was first released in 1980, it was somewhat lost in the shadow of its predecessor. Allen’s 1979 double-set Lubbock (On Everything)…

Erin Rae has been quietly making strides around Nashville these past few years. 2015’s self-released Soon Enough – which found her fronting The Meanwhiles –…