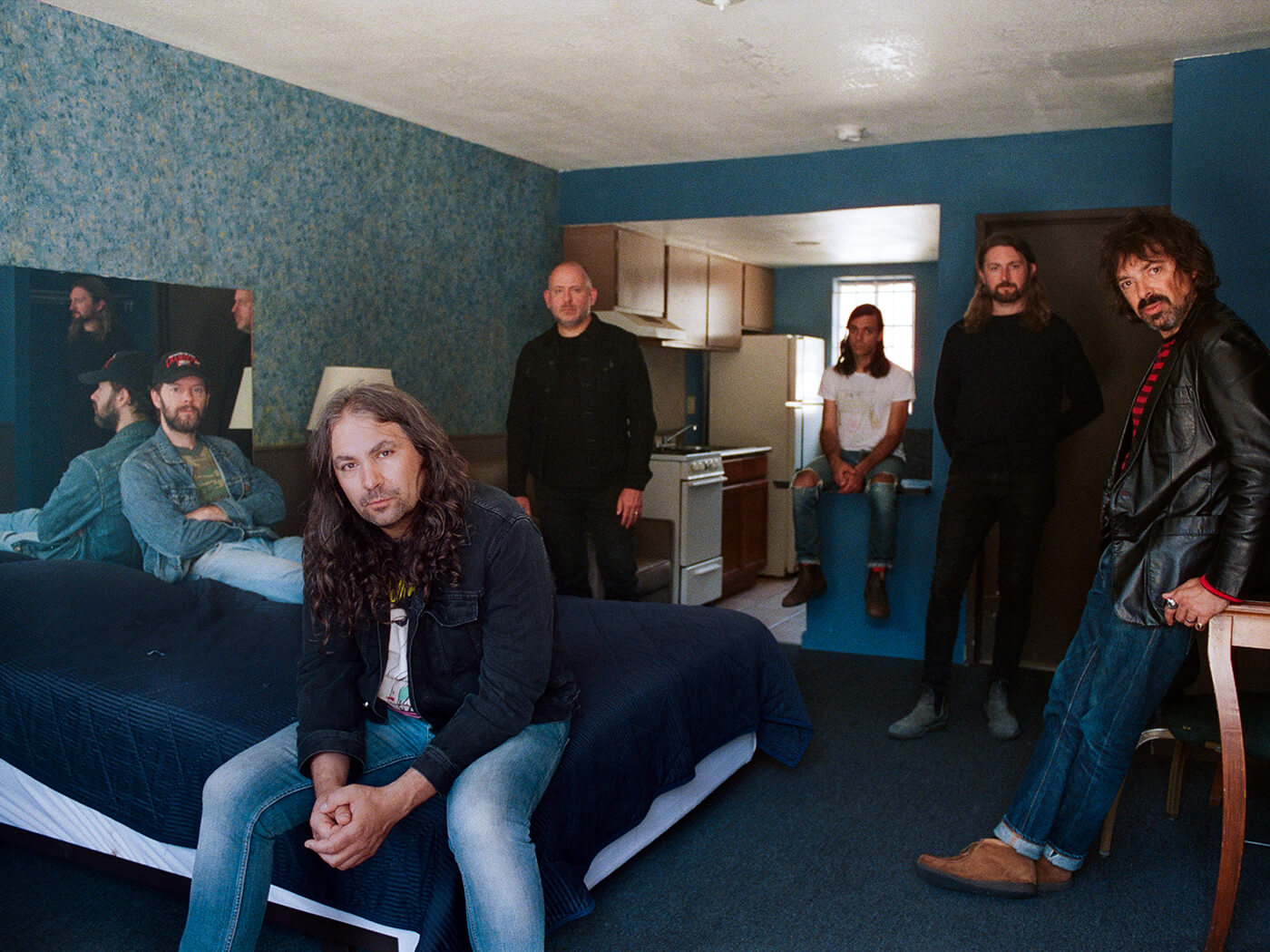 It’s a safe bet the scale of The War On Drugs’ success has blindsided even Adam Granduciel. He’s no low achiever – after all, his exacting standards brought on a nervous breakdown during the making of their breakthrough, Lost In The Dream – but for him satisfaction is something else. If the No 10 Billboard spot and Grammy Award for 2017’s A Deeper Understanding were gratifying, they were not his goals.

Granduciel’s striving has always been for something unidentified and forever out of reach. That feeling has shaped four albums to date, but The War On Drugs are much more than a bunch of musicians facilitating the vision of their genius leader. Granduciel’s obsessional work – fitting together a ton of recorded sounds in the studio, like a puzzle with no clear guide – played a large part in their last two LPs. It also figured in the (three-year) making of I Don’t Live Here Anymore, but this time he was keen to reconnect with his core players – bass player Dave Hartley and multi-instrumentalist Anthony LaMarca – early on, meaning the three decamped to Upstate New York for jamming and demo sessions.

The end result is 10 songs that again channel US heartland rock – Springsteen and Fleetwood Mac, obviously, but also something of Bryan Adams and Journey – through Neu!’s motorik insistence. Granduciel has described it as “a record of movement, of pushing forward” and that’s true both sonically and thematically. Here are huge, seemingly unbounded songs that avoid bluster and pomposity by being rooted in their author’s feelings of shiftlessness, dislocation and existential doubt, rather than romanticised imagining.

The album title is a heavy indicator, but the lyrics are packed with references: “What have I been running from?” he wonders on opener Living Proof, where peals of bruised guitar suggest an approaching storm: “I went down to the corner/They’re building up my block/Maybe I’ve been gone too long/I can’t go back”. The title track has Granduciel declaring, “I don’t live here anymore/And I got no place to go” (rhyming it with “we danced to Desolation Row”), while he considers the times “when you’re lost and you’re running but the roads have changed” in Old Skin. The road as shorthand for unsettlement is older than rock’n’roll itself, and rivers, bridges and the Northern Star all have signifying work to do here, yet the potency holds, somehow amplified rather than diminished by familiarity.

For all of the anxiety, though, there’s also understanding, philosophical acceptance and hope, along with a strong resolve to press on with a fulfilling life, perhaps a result of Granduciel’s having turned 40 and become a family man. As he notes on Old Skin: “Well, there’s a price for everything that tries to pull us all apart/So take control of anything that tries to kill you from the start”.

The War On Drugs have fine-tuned their hybrid of American drivetime classicism and kosmische on I Don’t Live Here Anymore and buffed it to a warm sheen, but they’ve also toned its muscle and gone lighter on the layering, while significantly upping their synth-pop game. The song credits itemise an arsenal of ’80s analogue gear, hence the spirit of Simple Minds hovering over the title track and the gently juddering, programmed drum pattern that sustains Victim, with its Gabriel-ish art-rock ending. Harmonia’s Dream is, as you might expect, only more alluring – in its motorik chug, the call of a horizon that can never be reached, plus sheets of gleaming synths, minor chords and, at the two-thirds mark, a sudden dancefloor kick.

In contrast are the irresistibly anthemic I Don’t Wanna Wait, which opens with winnowing treated guitar, then ushers in a Wurlitzer and plush synths, and at the other end of the mood spectrum, the intimate Rings Around My Father’s Eyes. As befits the subject, the album slows its pace, recalling a less rousing Waterboys while Granduciel declares, “I’ve never really known which way I’m facing/But I feel like something’s changed”.

It has, of course. The back-of-the-stadium reach of The War On Drugs’ songs is now taking them into actual arenas, and I Don’t Live Here Anymore delivers even more of their characteristic questing wallop. Commercially, they’ve already reached the tipping point. In artistic terms, their expression has shifted slightly: it’s the same satisfyingly panoramic view but much clearer, as if through vast windows rather than a car windscreen. Hard-won wisdom and renewed faith drive them forward.

The post The War On Drugs – I Don’t Live Here Anymore appeared first on UNCUT.

The War On Drugs are the latest band to link up with NPR for its Tiny Desk series, playing a four-track set of cuts from…

The War on Drugs performed at The Anthem in Washington, D.C., last night, in support of their 2021 LP, I Don’t Live Here Anymore. The…

The War On Drugs have dropped their support acts from their US tour amid continued concerns about the Omicron variant of COVID. The band are…

The War On Drugs have announced a global live-streamed show for next month – find all the details below. ORDER NOW: Bruce Springsteen and the review…

The War On Drugs took to the small screen just a day after they released their latest album I Don’t Live Here Anymore. The release…