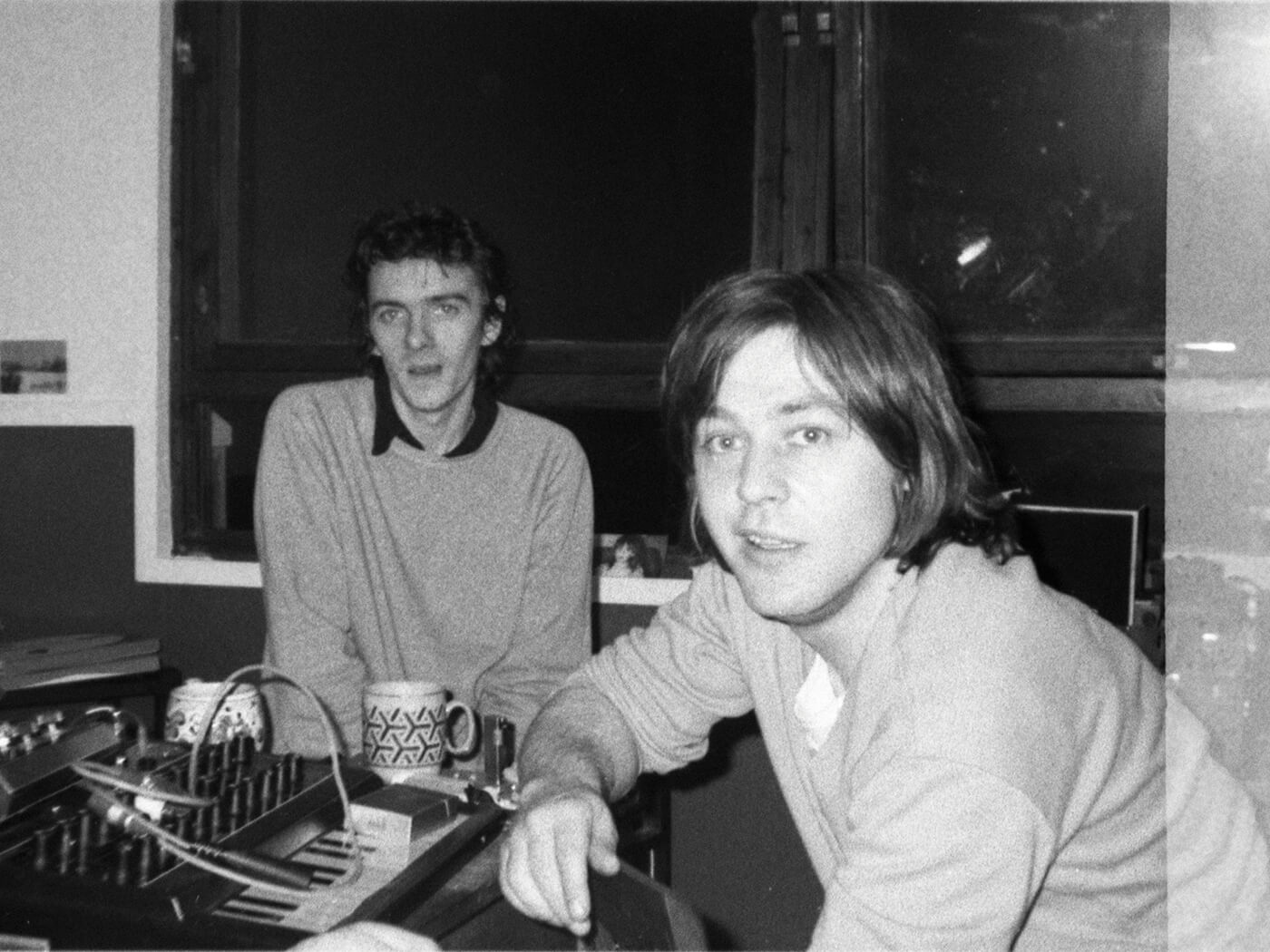 The year 1979 was when synth-pop went overground. In May, Tubeway Army released their final single “Are ‘Friends’ Electric”, a Moog-powered track that propelled the band – and their pale cyborg of a lead singer Gary Numan – to the top of the charts and onto Top Of The Pops. That same month, another seminal synth-powered record hit shelves. That The Bridge is seeing its first vinyl reissue since 1979 would seem to indicate it’s more of a footnote in the history of electronic music than a foundation stone. But a listen from the vantage point of 2022 reveals it to be as striking as Numan’s music of the era. Eerie and unsettling, rough in a DIY way but buzzing with ambition, it’s imbued with the spirit of punk but pointing somewhere new.

The Bridge is the sole album by Thomas Leer and Robert Rental – real names Thomas Wishart and Robert Donnachie, a pair of DIY electronic musicians from Port Glasgow. By the late ’70s, they had found their way to London, where their experiments with some rudimentary electronic equipment – Stylophone keyboard, homemade effects units – had won them some early acclaim. Leer’s single “Private Plane” had been an NME Single Of The Week, while communication with another group at the electronic vanguard, Throbbing Gristle, led to an invitation to record an album for their label Industrial Records.

The Bridge was recorded in two weeks in Rental’s Battersea flat, the pair working on borrowed and hired equipment. This urgency can work in its favour. The opening “Attack Decay” has a frantic improvisatory energy, its cascading synths feeling a hair’s breadth from spinning out of control. Following on its heels, though, there are crafted songs, like the guitar-augmented “Monochrome Days” and “Day Breaks, Night Heals” – a nocturnal lurk that sounds like a punkier cousin to John Foxx’s “Underpass”.

A Bowie influence is discernible too as, in the spirit of Low, this is an LP of two distinct sides – songs on Side 1, ambience on Side 2. “Interferon” kicks off the latter, eight minutes of glimmering electronics and tape trickery that feels like the kosmische of Cluster and Tangerine Dream transported to a mildewed bedsit. “Six AM” and “Perpetual”, meanwhile, have a sense of foggy drift and invasive sounds of dubious provenance. Listening, you’re reminded of a note on the sleeve: “All blips clicks and unseemly noises were generated by refrigerators and other domestic appliances and are intrinsic to the music.”

This was the end of Leer and Rental’s creative partnership. Leer was not keen on touring, but continued to record, working with Art Of Noise and The The. Rental recorded and played live with Daniel Miller, founder of Mute Records, but not long after retired from music; he died of cancer in 2000. More than a footnote, The Bridge sounds like, well, a bridge: a step on the road to the bold and strange electronic music of the ’80s.

The post Thomas Leer And Robert Rental – The Bridge appeared first on UNCUT.

Sydney-based electronic music duo LEER have released two singles to date, but they’re having no trouble recruiting acclaimed collaborators. The duo’s latest single, ‘Back to…

At the BandLab NME Awards on Wednesday night, Robert Smith unveiled the title of the long-awaited, upcoming The Cure album. The Cure frontman spoke to NME…

In a brand new interview with the “Breaking Absolutes With Peter Orullian” podcast, ALTER BRIDGE guitarist Mark Tremonti reflected on the making of the band’s…

German composer Klaus Schulze – who had a lasting impact on the worlds of electronic, ambient and techno music – has died at the age…