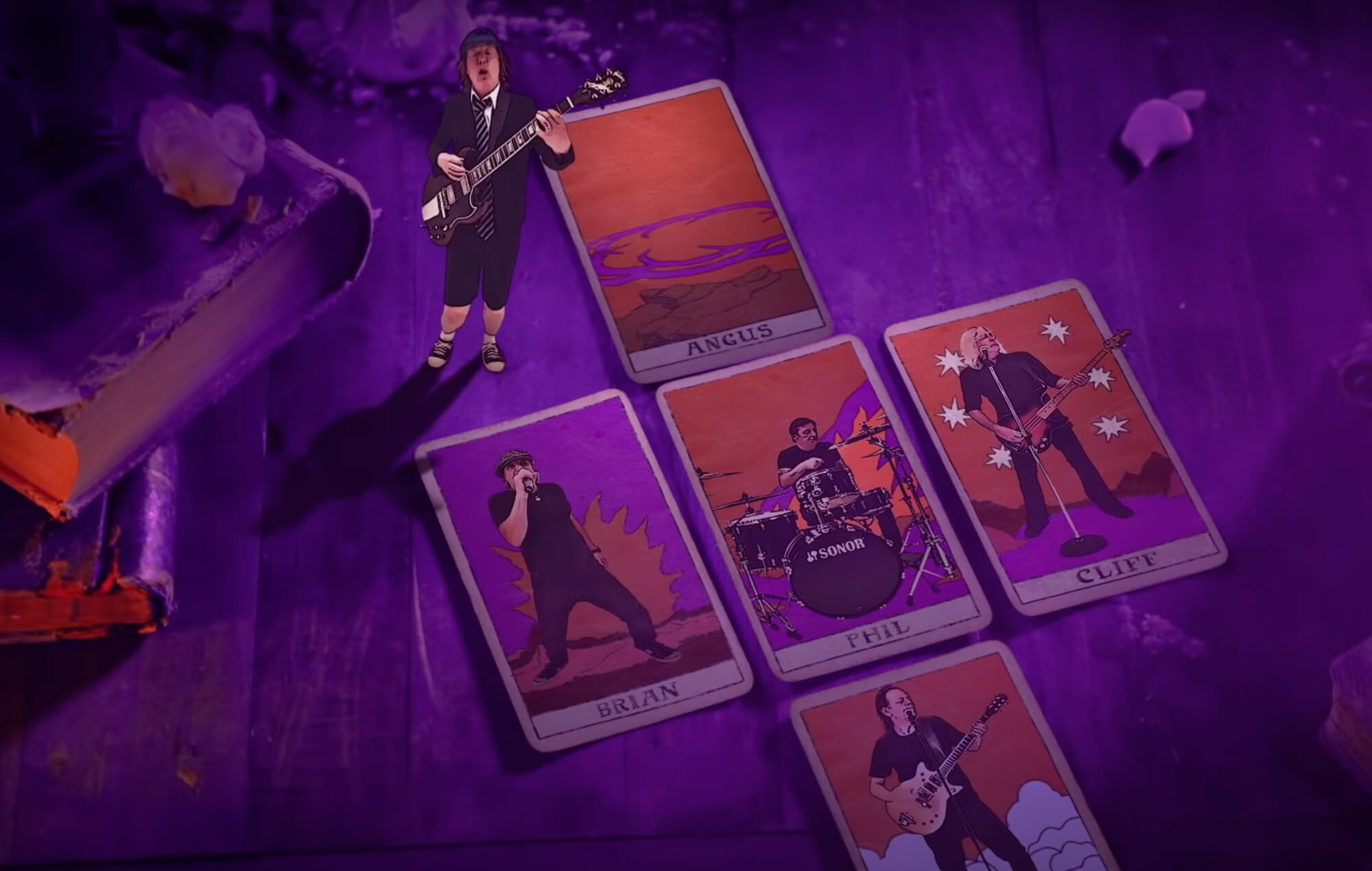 AC/DC have released a music video for their new single, “Witch’s Spell“.

The video, which features animations by production company Wolf & Crow, shows the rock ’n’ roll icons performing on a set of tarot cards and while trapped inside a crystal ball.

Watch the video for “Witch’s Spell” below:

The clip comes ahead of AC/DC’s tie-in with Record Store Day 2021, for which they’ll release a limited-edition picture disc featuring “Witch’s Spell” on one side, and another Power Up single, “Through The Mists Of Time“, on the other.

AC/DC released Power Up, their 17th studio album in November last year. In Uncut‘s 8/10 review of the record, we said: “There being no imaginable mileage in comparing any of Power Up to anything but previous AC/DC albums, it’s a solid second-tier AC/DC record: it’s no Highway To Hell or Dirty Deeds Done Dirt Cheap, but it wouldn’t be at all embarrassed by the company of, say, Ballbreaker or The Razor’s Edge.“

AC/DC have released a high-concept music video for their new single, ‘Witch’s Spell’. READ MORE: AC/DC on their explosive comeback record ‘Power Up’: “This album…

AC/DC‘s official music video for the song “Witch’s Spell” can be seen below. The clip was directed, edited and animated by Wolf & Crow, with…

Hard rock icons AC/DC has posted a new music video online for the song, “Witch’s Spell.” You can check it out below. The song comes…

An AC/DC picture disc is among this year’s Record Store Day Drops, set for June 12 and July 17 at independent record stores nationwide. Coming…