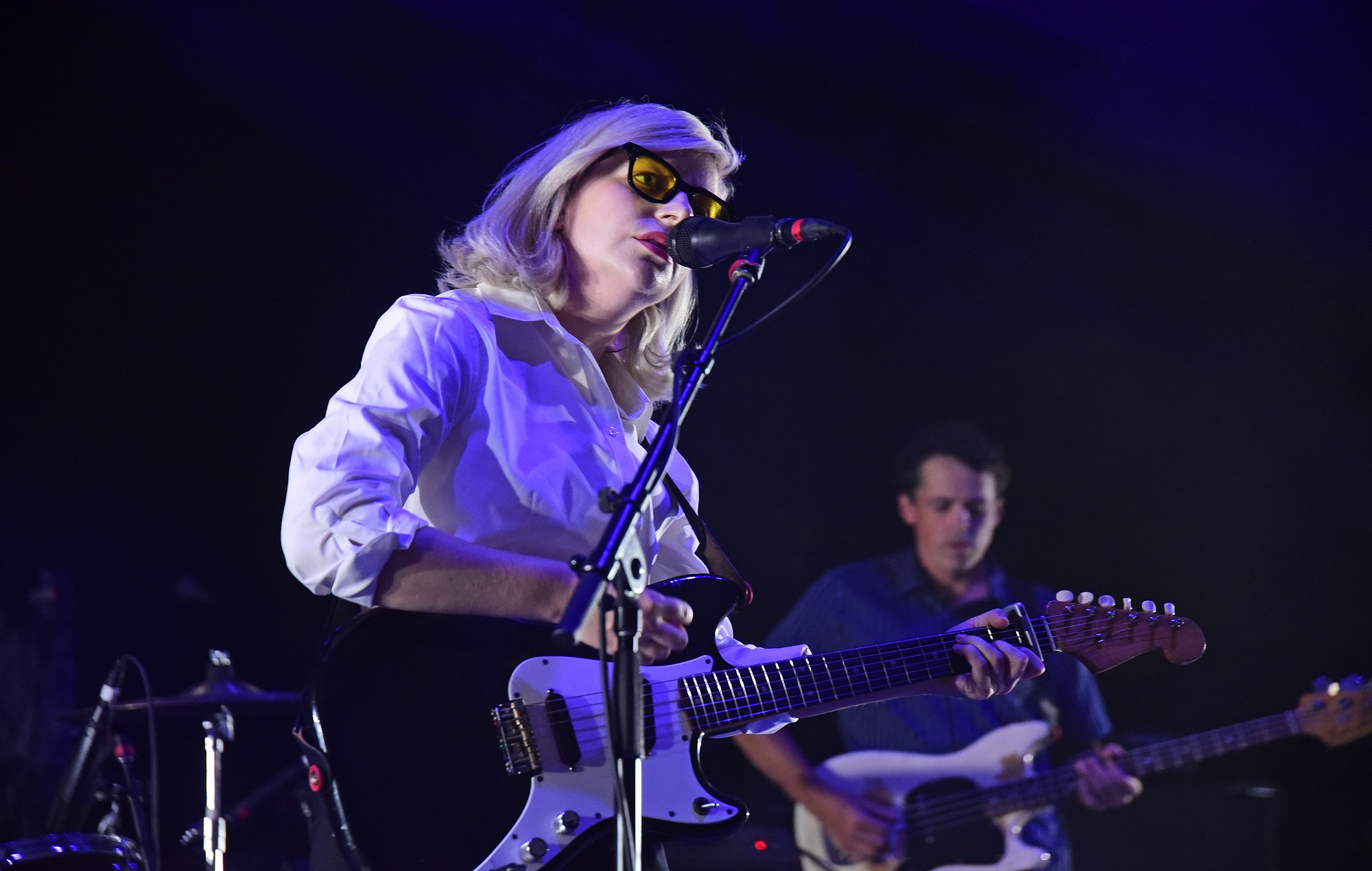 Alvvays debuted two new tracks during their first show since the pandemic began earlier this week.

The band were supporting The Strokes at their show at The Forum in Los Angeles on Wednesday (October 27) when they showcased ‘Mirrors’ and ‘After The Earthquake’. You can view the performances of both tracks below.

They also played a host of songs from their last album, 2017’s ‘Antisocialites’, including ‘In Undertow’, ‘Dreams Tonite’, ‘Lollipop (Ode To Jim), ‘Not My Baby’, ‘Hey’ and ‘Saved By The Waif’.

The Strokes meanwhile gave live debuts to ‘At The Door’, taken from their 2020 album ‘The New Abnormal’; and ‘Call It Fate, Call It Karma’ from 2013’s ‘Comedown Machine’.

‘Many Mirrors’
‘In Undertow’
‘Lollipop (Ode to Jim)’
‘Not My Baby’
‘Adult Diversion’
‘Hey’
‘After The Earthquake’
‘Dreams Tonite’
‘Archie, Marry Me’
‘Saved By A Waif’

Alvvays are due to perform a Halloween show at San Francisco’s August Hall this Sunday (October 31).

Before the pandemic kicked in the band performed a host of covers including The Breeders ‘Divine Hammer‘ and Devo‘s iconic hit ‘Freedom of Choice‘.

Meanwhile, The Strokes are set to hit the road and perform across multiple continents throughout the next year, including a special New Year’s Eve show in their hometown of New York City.

That show at the Barclays Center in Brooklyn will see support come from IDLES and Hinds.

The band will touch down in the UK next summer, having confirmed headline appearances at Lytham Festival in Lancashire and TRNSMT 2022. They’re also scheduled to perform at Barcelona’s Primavera Sound and Berlin’s Tempelhof Sounds.

The post Watch Alvvays make their live return with two new songs ‘Mirrors’ and ‘After The Earthquake’ appeared first on NME.

The Strokes have given both recent single ‘At The Door’ and older album cut ‘Call It Fate, Call It Karma’ their live debuts at a…

When Canadian indie rockers Alvvays announced a fall tour a couple weeks back, they teased that new music might be on the way. Today (July…

Alvvays have shared details of UK and European tour dates for 2023. READ MORE: Alvvays – “The only thing I know is to put my…

Alvvays have announced their third album ‘Blue Rev’ and shared a new single, ‘Pharmacist’ – listen below. The Canadian dream-pop group will release the follow-up…

Alvvays have shared their brand new single ‘Easy On Your Own?’ – you can listen to it below. The song is the second to be…