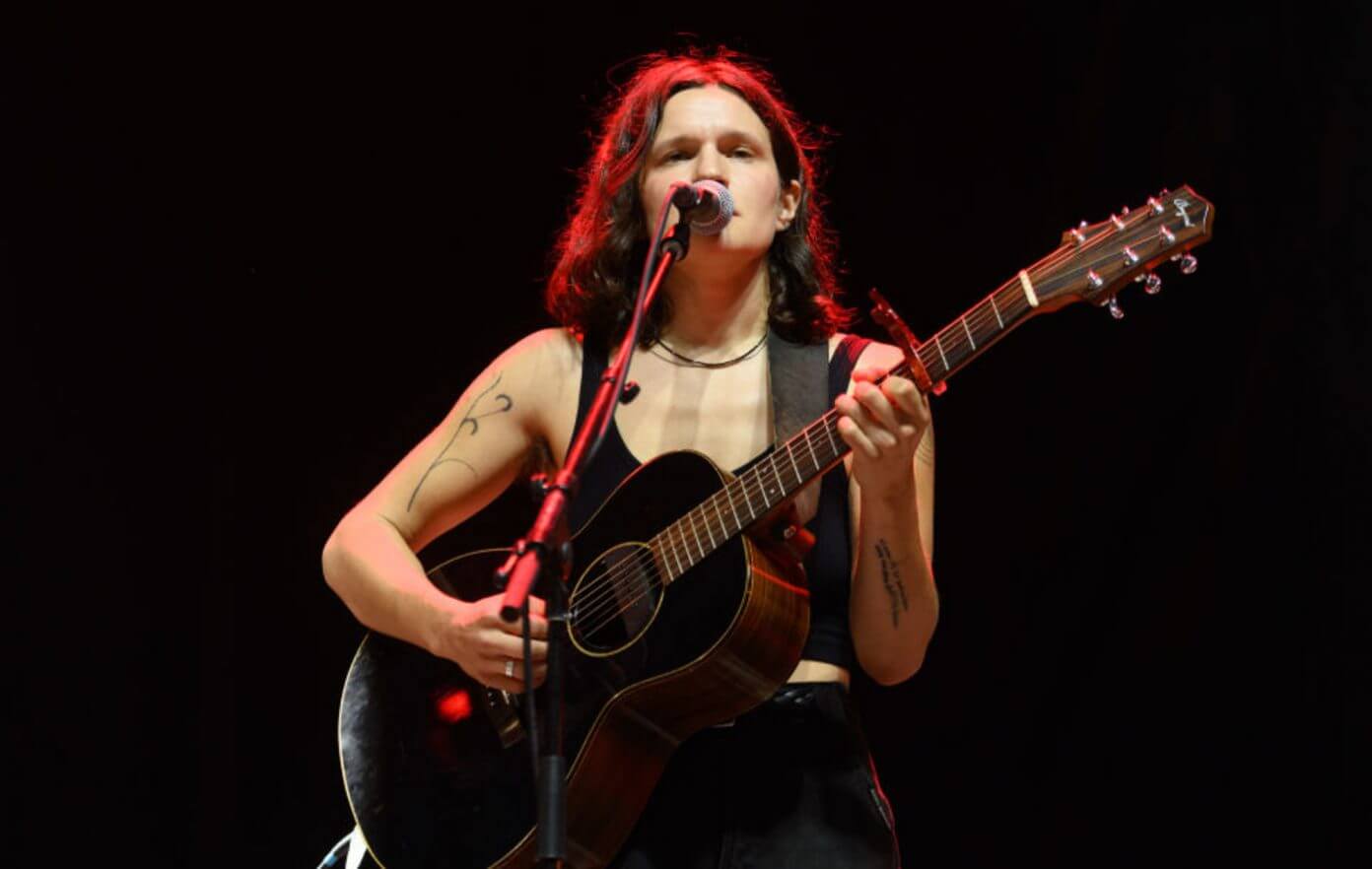 Big Thief have been busy as of late, having released the singles “Certainty”, “Little Things” and “Sparrow”. Now, the band have unveiled another new song, “Dragon”, during their set on the first night of Pitchfork Music Festival.

You can watch Big Thief perform “Dragon” below:

The four-piece – Adrianne Lenker, Buck Meek, James Krivchenia and Max Oleartchik – will tour in the UK and Europe early next year, with their UK dates kicking off in Manchester on February 24 and concluding with a trio of gigs in London from March 2-4.

In March, Meek gave an update on the status of the band’s new album, revealing that it’s “pretty much done”.

Speaking to Guitar.com, the band’s guitarist revealed that they’ve been quietly working on their fifth album over the past year.

“Lockdown was a well-needed respite, I needed a break,” he said. “And then Big Thief ended up making new music for nearly six months, which was really nice because we’ve been touring so hard we’ve had little chance to record in the last couple of years.”

Meek also revealed that he’s already been working on his new solo album, the follow-up to Two Saviors, which dropped in January this year.

The forthcoming Big Thief album will mark their first since the one-two punch of U.F.O.F. and Two Hands in 2019.

Big Thief have shared their latest new single “Certainty” – you can listen to the track below. ORDER NOW: Nick Cave is on the cover of…

Big Thief is back. The Brooklyn-by-way-of-Berklee indie-rock band released their first new music since their 2019 album Two Hands. The single, “Little Things” is a…