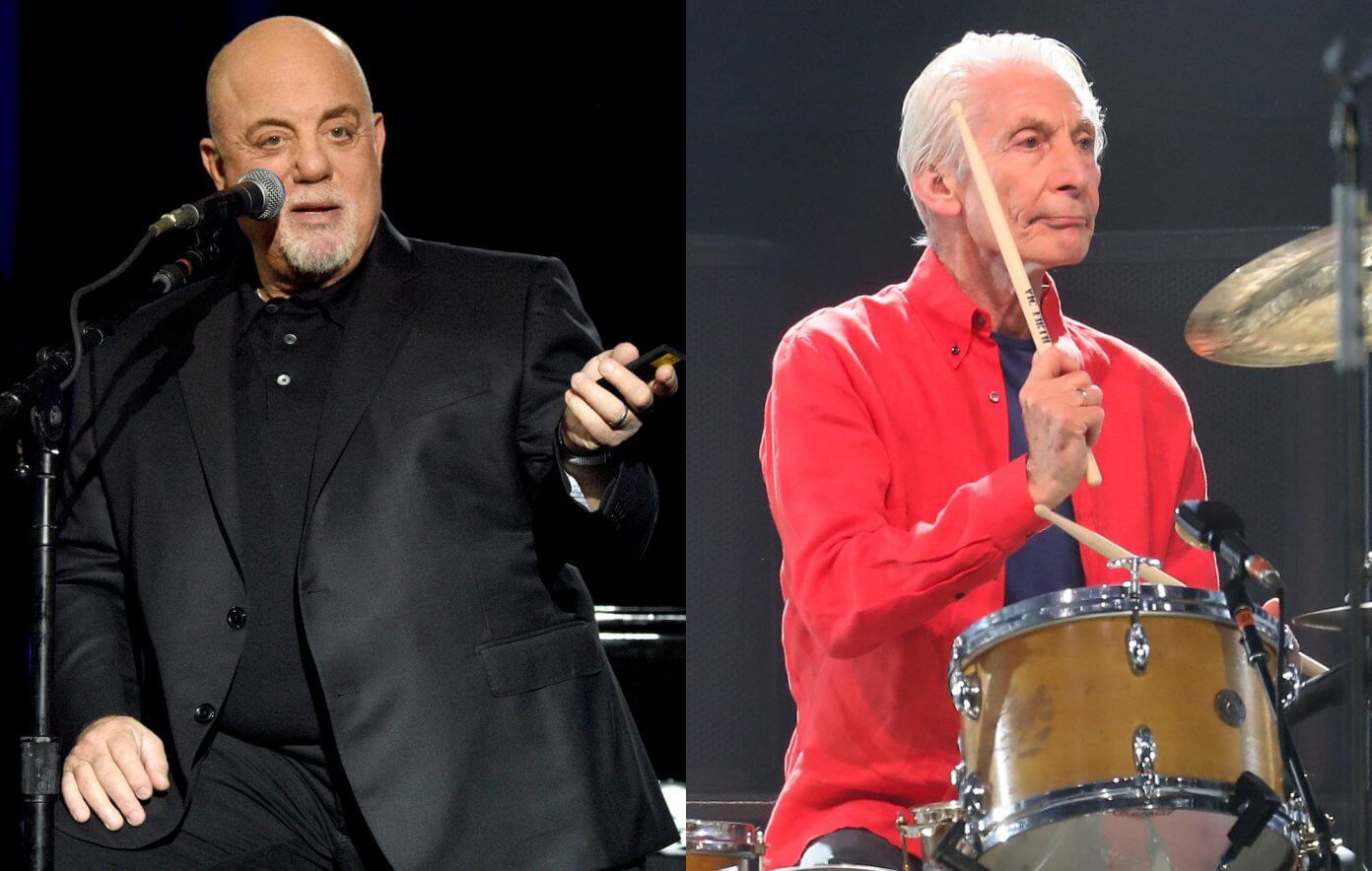 Watts died last month (August 24) at the age of 80. The drummer had undergone an undisclosed medical procedure in the weeks before his death, which had caused him to pull out of the Stones’ upcoming US tour.

Joel included a partial cover of the band’s 1971 single “Brown Sugar” during his show at Cincinnati’s Great American Ball Park on Friday. “That’s for Charlie,” he told the crowd before slipping into his own track “Big Shot”.

Watch fan-shot footage of the moment below now.

At the same gig, Joel also dedicated a version of “New York State Of Mind” to the victims of the 9/11 terrorist attack. The 20th anniversary of the incident was the day after the show.

The musician is just one of a number of stars who have paid tribute to Watts since his death. Liam Gallagher dedicated “Live Forever” to the drummer at Leeds Festival, while Metallica’s Lars Ulrich said Watts had “always been that driving force”.

“He could kick these songs and make them swing, make them swagger, still make them have that attitude, that pocket,” he said. “Seeing him do that way deep into his [seventies] has been such a life-affirming thing.”

The Stones, meanwhile, shared their own tribute video to their bandmate in the days following his death. It featured images and footage of the drummer throughout their career and ended with Watts himself discussing how he joined the band.

“We all miss Charlie so much,” Mick Jagger said before leading the crowd in a toast. Continue reading… Link to the source article – https://ultimateclassicrock.com/rolling-stones-charlie-watts-tribute/

METALLICA‘s Lars Ulrich has paid tribute to THE ROLLING STONES drummer Charlie Watts, who died on Tuesday (August 24) at the age of 80. Speaking…

In the wake of the passing of The Rolling Stones’ Charlie Watts, the band has shared a new tribute video chronicling drummer’s storied career and…

See how the band are honoring the late drummer. Continue reading… Link to the source article – https://loudwire.com/rolling-stones-react-charlie-watts-death/

In the wake of the passing of The Rolling Stones’ Charlie Watts, the band has shared a new tribute video chronicling drummer’s storied career and…