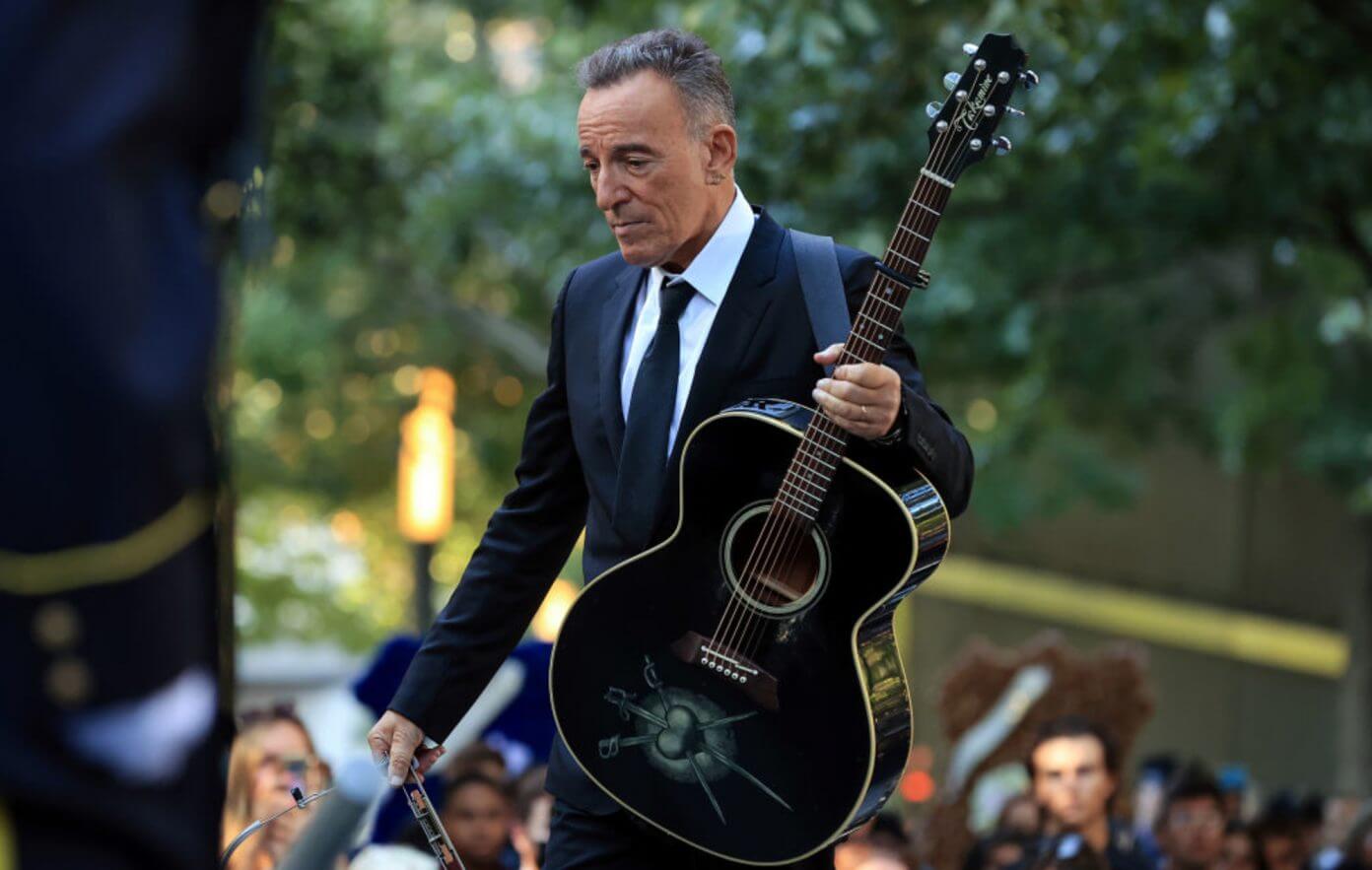 Bruce Springsteen delivered a surprise performance at the 20th anniversary memorial ceremony for 9/11 in New York on the weekend – watch it below.

Families of the victims of the terrorist attacks that killed nearly 3,000 people back in 2001 gathered at the 9/11 memorial plaza in Lower Manhattan on Saturday (September 11) to pay tribute.

The Boss performed an acoustic rendition of “I’ll See You in My Dreams”, a song taken from his 2020 album, Letter To You.

Appearing at the ceremony following a moment of silence, Springsteen before his performance said: “May God bless our fallen brothers and sisters, their families, their friends and their loved ones.”

US president Joe Biden was also in attendance, alongside former presidents Barack Obama and Bill Clinton as well as their respective spouses: Jill Biden, Michelle Obama and Hilary Clinton.

You can watch Springsteen‘s performance of “I’ll See You in My Dreams” below:

Following the terror attacks on September 11, 2001, Springsteen returned to the studio with the E Street Band for the first time in almost two decades. The result was his 12th studio album, The Rising, which was inspired by the events of 9/11.

Jessica – the daughter of The Boss and Patti Scialfa – competed as the youngest member of the US showjumping team at the Tokyo games. Jessica is ranked in the world’s top 15.

While she failed to advance in the individual equestrian competitions earlier this year, Jessica took home a silver medal in the team equestrian jumping on August 7.

Meanwhile, Bruce Springsteen and Barack Obama have announced an October release for Renegades: Born In The USA, a new book inspired by their titular podcast.

Bruce Springsteen performed at the 9/11 memorial ceremony in New York City, marking the 20th anniversary of the tragic events that transpired and scarred the…

Bruce Springsteen made a surprise appearance in New York City at the 9/11 anniversary memorial ceremony. There, the Boss performed “I’ll See You in My…

Bruce Springsteen may have been born to run, but his daughter Jessica Springsteen was born to jump. The 29-year-old made her Olympic debut in Tokyo,…