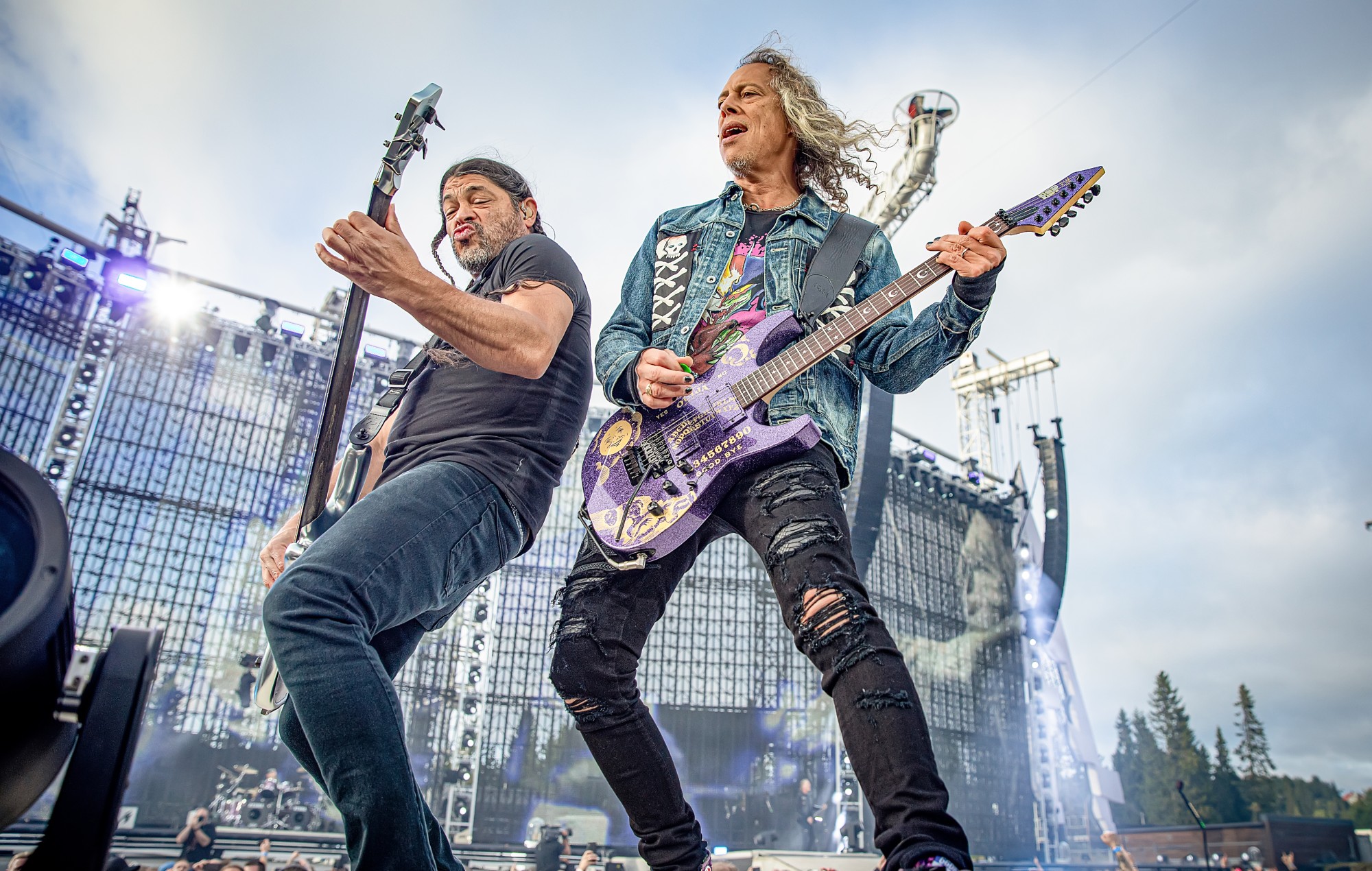 As a special Halloween treat, Metallica‘s Kirk Hammett and Rob Trujillo have linked up to deliver their rendition of The Edgar Winter Group classic ‘Frankenstein’.

In a video for Blackened Whiskey shared via Kerrang!, Hammett and Trujillo can be seen jamming to the 1972 track in two separate locations. Trujillo can be seen performing in front of a large shelf packed with various zombie and horror masks, with a shirt resembling that of Freddy Krueger above a keyboard.

Hammett performs in front of a painting of Frankenstein’s monster wearing a knitted jumper of its likeness, with a bust and a Funko Pop Vinyl rendition of the horror icon in the background.

Watch the full performance below:

Recent months have seen Metallica reflecting on their legacy, as their hugely impactful ‘Black Album’ celebrated its 30th anniversary earlier this year. Commemorating the occasion, the band collaborated with a smorgasbord of artists from around the world to deliver ‘The Metallica Blacklist’ – a covers album sporting different renditions of tracks taken from the 1991 album.

In a review of the album, which features performances from Miley Cyrus, Rina Sawayama, IDLES, St. Vincent, Royal Blood and more, NME‘s Mark Beaumont wrote, “Once it’s all over, with the help of a decent online support group, or a saint’s patience, you can pick out a fantastic tribute to one of metal’s sacred texts. Maybe even two.”

Link to the source article – https://www.nme.com/news/music/watch-metallicas-kirk-hammett-and-rob-trujillo-perform-edgar-winters-frankenstein-3084061?utm_source=rss&utm_medium=rss&utm_campaign=watch-metallicas-kirk-hammett-and-rob-trujillo-perform-edgar-winters-frankenstein

The idea that a Metallica album could sell 10 million copies once seemed so preposterous, Kirk Hammett bet his Porsche against it. Continue reading… Link…

Metallica bassist Robert Trujillo revealed the ceremony he puts every new vinyl record through, and said he couldn’t wait to do it with bandmate Kirk…

Video footage of METALLICA‘s Kirk Hammett and Robert Trujillo jamming Edgar Winter‘s classic instrumental “Frankenstein” can be seen below. “Frankenstein” was recorded for THE EDGAR…

Is that not the biggest pedal you’ve ever seen? Continue reading… Link to the source article – https://loudwire.com/kirk-hammett-giant-wah-pedal-metallica/