MÖTLEY CRÜE frontman Vince Neil played his first concert of 2022 last night (Friday, January 14) at Hollywood Casino in Columbus, Ohio. Fan-filmed video footage of the performance can be seen below.

The Columbus show marked Neil‘s second live appearance since he reportedly broke his ribs while performing with his solo band at the Monsters On The Mountain festival at LeConte Center in Pigeon Forge, Tennessee on October 15. Fan-filmed video of that gig showed the 60-year-old rocker walking to the front of the stage with his guitar strapped around him. He encouraged the crowd to clap along while playing the 1989 MÖTLEY CRÜE hit “Don’t Go Away Mad (Just Go Away)” when he suddenly fell and dropped out of the camera’s view almost instantly. TMZ later reported that there was a small gap between the speaker and the stage that Neil didn’t notice. His roadie and a security guy helped him get to his feet, and Vince “limped away.”

Last May, Neil made headlines when he struggled to complete his solo concert at the Boone Iowa River Valley Festival in Boone. Based on fan-filmed video footage of the gig posted on YouTube, the rocker, who hadn’t performed in more than a year and a half due to the COVID-19 pandemic, began losing his voice several songs into his set, which consisted exclusively of CRÜE classics and cover songs previously recorded by the band.

MÖTLEY CRÜE‘s “The Stadium Tour” with DEF LEPPARD, POISON and JOAN JETT & THE BLACKHEARTS was originally scheduled to take place in the summer of 2020 but ended up being pushed back to 2021, and then to 2022, due to the coronavirus pandemic.

In December 2019, CRÜE manager Allen Kovac told Fox Business that “some of” the bandmembers had enlisted outside help to get in shape for the trek. Kovac was referring to criticism of Neil for his supposed diminished singing ability and weight gain, as well as the health status of guitarist Mick Mars, who has been dealing with a chronic form of arthritis that led him to undergo a hip replacement.

Kovac explained: “Some of them are working with a trainer, some of them are working with a nutritionist to make themselves the best they can be. The greatest insecurity for an artist is: Is anyone going to care about my music? Is anyone going to buy a ticket? We were in November [2019] when the discussions were happening, and these guys were already into regimens of how they get ready for a tour.”

Speaking specifically about Neil, Kovac added: “Let’s see what Vince sings like and looks like when the tour goes out.”

CRÜE bassist Nikki Sixx also said that Vince was “killing it” while working with “trainers” and “nutritionists” in preparation for “The Stadium Tour”. 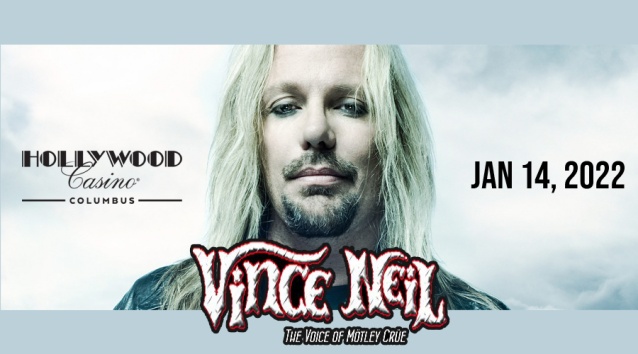 Link to the source article – https://www.blabbermouth.net/news/watch-motley-crues-vince-neil-play-his-first-solo-show-of-2022/

L.A. GUNS‘ Phil Lewis has weighed in on Vince Neil‘s disastrous comeback performance at an Iowa festival six months ago. On May 29, the MÖTLEY…

MÖTLEY CRÜE bassist Nikki Sixx says that Vince Neil is “on the mend” after breaking his ribs during a concert earlier in the month. Fan-filmed…