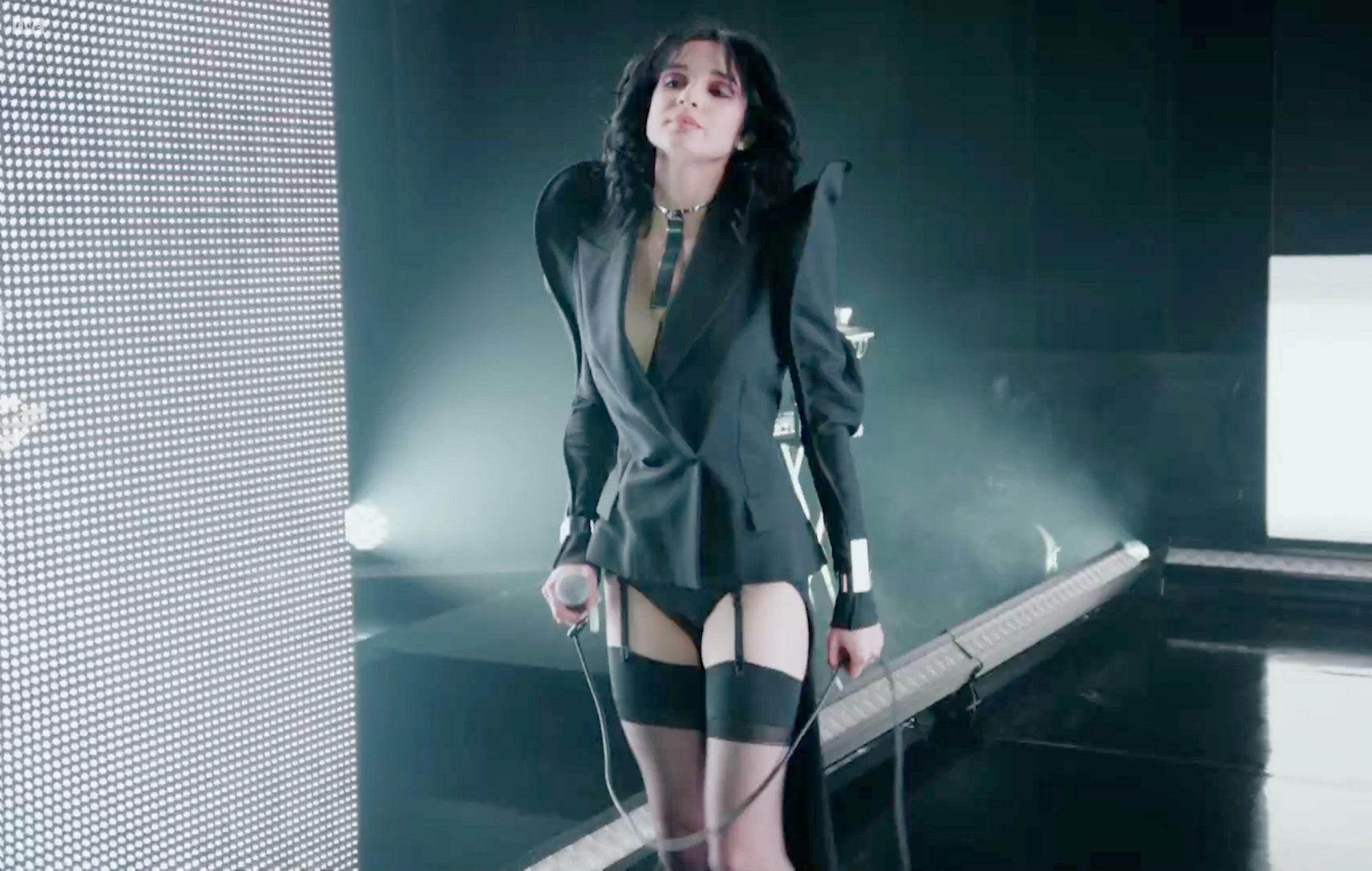 The event took place in Orlando, Florida at the WWE Performance Center over the last two days (April 7-8) and saw the likes of wrestlers Zoey Stark, Bronson Reed and Raquel González compete.

Poppy performed the track from the middle of the wrestling ring as lights flashed around her and a limited number of spectators watched from the wings.

“Everything’s going perfectly so say cheese,” she sang in the new song, before erupting into screaming. Watch footage of the performance below now.

“.@poppy is @WWENXT!!!” WWE exec and wrestler Triple H tweeted after the event. “Thank you for lending your voice, your edge, your SOUND to #NXTTakeOver Night Two!!!”

.@poppy is @WWENXT!!! Thank you for lending your voice, your edge, your SOUND to #NXTTakeOver Night Two!!! #WereJustGettingStarted #WeAreNXT pic.twitter.com/a3MejhpI3l

‘Say Cheese’ follows Poppy debuting a new song called ‘EAT’ at this year’s Grammy Awards. Taking to the stage during the pre-telecast ceremony, the musician premiered the track alongside her backing band.

Meanwhile, fans will be able to see a fuller performance from Poppy later this month when she holds her own livestream concert. The Last Disagreement virtual show will bring her ‘I Disagree’ era to an end and will take place on April 24.

In December, the star revealed that she had almost finished her next album, saying it has a “completely different sonic vibe” to her 2020 release ‘I Disagree’.

She also shared that the record had been produced by an unnamed collaborator who she called “someone I really respect and have wanted to work with for a number of years”.

Poppy has announced that she will be putting on a livestream event called The Last Disagreement later this month. READ MORE: The NME Big Read – Poppy: Human…

Bad Bunny has announced details of his biggest US tour to date for 2022, days after winning praise for his appearance at WrestleMania. The Reggaeton…

Bebe Rexha has been announced as the opening act for WWE WrestleMania 37. READ MORE: Bebe Rexha: Meet The Woman Secretly In Charge Of Pop The…