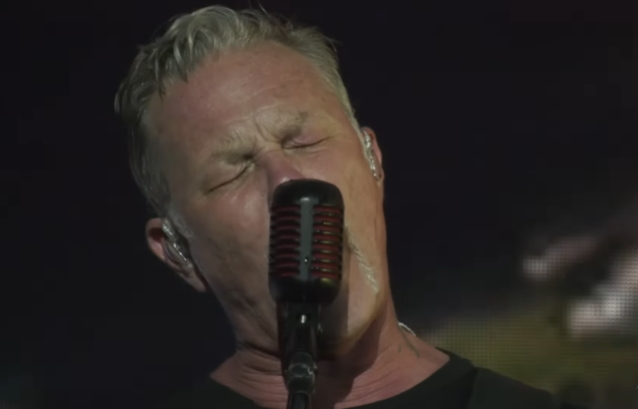 Professionally filmed video of METALLICA performing the song “Wherever I May Roam” on June 24 at the Download Germany festival in Hockenheim, Germany can be seen below.

Late last month, METALLICA was forced to cancel its headlining appearance at the Frauenfeld Rocks festival in Switzerland after a member of the band’s “family” tested positive for COVID-19.

It is not clear whether one of the METALLICA members tested positive for COVID-19 or if it was someone associated with the band’s road crew.

METALLICA recently completed a six-date South American tour, which kicked off on April 27 in Santiago, Chile.

METALLICA played its first concert of 2022 on February 25 at Allegiant Stadium in Las Vegas, Nevada. The show, which was reportedly attended by 60,000 fans, featured support from GRETA VAN FLEET and ICE NINE KILLS.

In February, METALLICA announced it will perform only two summer stadium shows in 2022: Highmark Stadium in Buffalo, New York on August 11, and PNC Park in Pittsburgh, Pennsylvania on August 14. Both shows will feature special guests GRETA VAN FLEET and ICE NINE KILLS.

METALLICA has a number of other European dates scheduled for July. 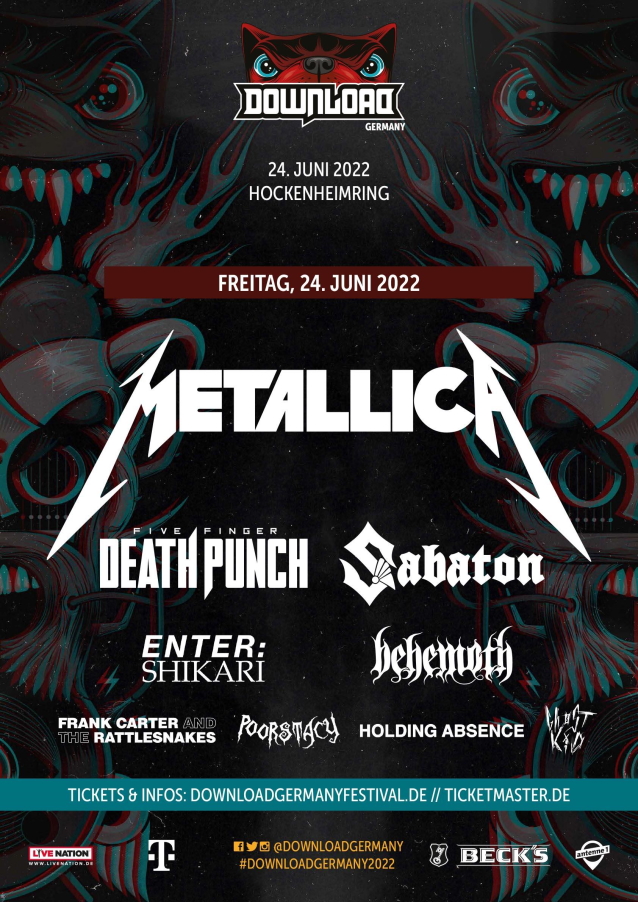 Link to the source article – https://blabbermouth.net/news/watch-pro-shot-video-of-metallica-performing-wherever-i-may-roam-at-download-germany-festival

July 22, 2022 Professionally filmed video of METALLICA performing the song “Whiplash” on July 8 at the NOS Alive festival in Lisbon, Portugal can be…

June 29, 2022 METALLICA has been forced to cancel its headlining appearance at the Frauenfeld Rocks festival in Switzerland Wednesday night (June 29) after a…

June 30, 2022 Professionally filmed video of METALLICA performing the song “Metal Militia” on June 17 at the Pinkpop festival in Landgraaf, Netherlands can be…

July 4, 2022 Professionally filmed video of METALLICA performing the song “Moth Into Flame” on June 19 at the Firenze Rocks festival in Florence, Italy…