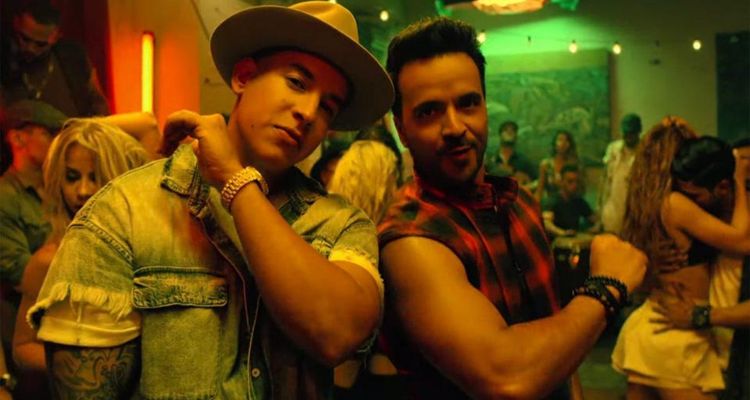 Alexa, play “Despacito.” Here are the most-watched YouTube music videos of all time.

Some songs are so culturally pervasive that you can’t help but know them. But only a few achieve such popularity that their video receives billions of views on YouTube. From “Shape of You” to “Gangnam Style” and the Crazy Frog cover of the theme from Beverly Hills Cop, here are the 15 most-watched YouTube music videos of all time, not including nursery rhymes.

The number one most-watched YouTube music video of all time, “Despacito,” has widely been credited as instrumental in popularizing Spanish-language pop music in the mainstream contemporary market. A smooth reggaeton pop fusion, the song was released as the lead single from Puerto Rican singer Luis Fonsi’s 2019 album, Vida.

While it was initially released in January 2017, a remix version featuring Justin Bieber was released in April of that same year, which helped boost its chart performance in numerous countries. In 2018, the prevalence of the internet meme “that’s so sad, Alexa, play ‘Despacito’” also helped increase the song’s popularity.

“Shape of You” was a number-one hit on the singles charts in 34 countries, including the US Billboard Hot 100 and the UK, Australian, and Canadian singles charts. It maintained its number-one spot for a record-tying 16 consecutive weeks on the Canadian Hot 100 and became the first song to reach 2 billion streams on Spotify. It is now the second-most streamed song on Spotify and the most-streamed song of the decade by December 2019.

Commissioned for the soundtrack of the 2015 film Furious 7 as a tribute to the late actor Paul Walker, the song became both Wiz Khalifa and Charlie Puth’s biggest single to date. It tied Eminem’s “Lose Yourself” for the second longest-running rap number-one single in the country, only behind Lil Nas X’s “Old Town Road.” The song held the record for the most-streamed track in a single day on Spotify in the US until it was surpassed by “Drag Me Down” by One Direction. The music video was the most-viewed video on YouTube from July to August 2017.

An earworm that became a cultural phenomenon with appearances on Glee and Skippy peanut butter commercials, “Uptown Funk” topped the charts in 19 countries. It reached the Top 10 of 15 others, making it the most successful single of either Mark Ronson or Bruno Mars.

The song topped the US Billboard Hot 100 for 14 weeks and spent seven weeks at the top of the UK Singles Chart. It broke its own streaming record three times in the UK while breaking the streaming record in the US and worldwide at the time. In addition to being the fourth most-watched YouTube music video of all time, the video is the eighth most-viewed YouTube video overall.

Famous partly due to the video’s goofiness and easy-to-recreate dance moves, “Gangnam Style” is another song on the list that became a cultural phenomenon. In December 2012, the song became the first YouTube video to reach 1 billion views. It was the most-viewed video on YouTube from November 24, 2012, until July 10, 2017, when it was surpassed by the video for “See You Again” by Wiz Khalifa featuring Charlie Puth.

Another song that entered the cultural zeitgeist as an internet meme, El Chombo’s “Dame Tu Cosita” was first released in 1997 as a short version. A remix of the song was released in 2001, the version upon which the well-known 2018 version is based.

Following the track’s viral popularity, French label Juston Records signed El Chombo and commissioned an extended version of the song and a new video for the extended song. In April 2018, the video was uploaded to Ultra Music’s YouTube channel, where its popularity skyrocketed. The single peaked at number 36 on the Billboard Hot 100, debuting at 81.

While the song itself was already an earworm, the music video for Maroon 5’s “Sugar” was filmed by director David Dobkin, known for his 2005 film Wedding Crashers, upon which the music video is based. In filming the video, Dobkin arranged with the grooms of several weddings to have their nuptials crashed by the band, unbeknownst to the brides. A reality TV version of the video debuted on YouTube in 2018.

A chart-topping song whose campy video features Katy Perry in the jungle befriending a tiger, “Roar” helped Perry break several records. The video became the fourth to reach 1 billion views on Vevo in 2015, making Perry the first artist to have two music videos with over a billion views. “Roar” hit 3 billion views in early 2020, making Katy Perry the first female artist to achieve that feat on the platform. Additionally, when the song became Diamond-certified, Perry became the first artist to have three Diamond-certified singles in the US, along with “Firework” and “Dark Horse.”

One of OneRepublic’s most successful singles, “Counting Stars,” has reached number one in many countries, including the UK and Canada, number two in the US, and Top 10 in 20 countries. The song stayed at number two on the Billboard Hot 100 for two weeks behind “Timber” by Pitbull featuring Kesha. It spent 25 consecutive weeks in the Top 10 and is tied with “Apologize” as OneRepublic’s highest-peaking single in the United States.

Okay, this is the track on the list that requires the most backstory. “Axel F” was originally an electronic instrumental track by German musician Harold Faltermeyer, which served as the theme for the 1984 Eddie Murphy film Beverly Hills Cop. The original version was an international number-one hit in 1985.

In 2005, at the peak of the novelty ringtone hype, Crazy Frog recorded the song, and it became a summer hit while receiving heavy marketing as a ringtone. While the video itself has been listed as number 47 in NME’s “50 Worst Music Videos” in 2011, it continues to harbor a cult following.

A smooth dancehall jam with tropical house rhythm and dembow beats, “Sorry” spent seven weeks at number one on the Canadian Hot 100 and three weeks on the US Billboard Hot 100. Another Justin Bieber single replaced it, “Love Yourself,” just before Valentine’s Day in 2016, making Bieber the 12th act on the Hot 100 to self-replace at number one. He accomplished the same feat in the UK, becoming only the third act to do so at the top of the UK Singles Chart. The song became one of the best-selling digital music releases ever in 2016, with over 10 million in sales that year alone.

The song spent 19 weeks in the UK’s Top 40 before peaking at number one in November 2014, becoming Ed Sheeran’s second number-one single. It also reached the top spot in Australia, Ireland, New Zealand, Denmark, Netherlands, Slovakia, and South Africa. It peaked at number two on the US Billboard Hot 100 and the Canadian Hot 100. In 2015, it became the first single to spend a full year in the UK Top 40. The song was Ed Sheeran’s highest-charting single in North America before “Shape of You” became a chart-topper in 2017.

Charting at number one in the US, Canada, Netherlands, and Poland, “Dark Horse” reached the top ten in nearly 20 countries, including the UK, New Zealand, Sweden, and Venezuela. Billboard has credited the song, as an electropop-trap mashup, with helping cement trap music’s place on the charts. The video became the first from a female artist to reach 1 billion views on Vevo and YouTube. It is the second most-viewed music video of all time by a female artist, behind another Katy Perry song, “Roar.”

The first EDM track to reach the 3 billion view milestone, “Faded” was also the 48th most-streamed song on Spotify as of April 2022, with 1.5 billion streams. The song was initially released in 2015 with a copyright agreement that enabled content creators on YouTube to use it freely, aiding in its rise in popularity. The song peaked in the Top 10 in most countries it charted in, reaching the top spot in more than ten countries.

A 2018 re-release of their 2017 song, Maroon 5’s “Girls Like You” featuring Cardi B, spent seven weeks at number one on the US Billboard Hot 100 chart — Maroon 5’s fourth and Cardi B’s third chart-topper. It tied with Ed Sheeran’s “Shape of You” and Post Malone and Swae Lee’s “Sunflower” for the longest Top 10 run in the chart’s archives, with 33 weeks. The song also reached number one in eleven other countries.

Link to the source article – https://www.digitalmusicnews.com/2023/01/19/most-watched-youtube-music-videos-of-all-time/

Before K-pop stars like BTS and BLACKPINK dominated the charts in the United States, there was Psy. On July 15, 2012, he released a music…

You’ve seen the music video and heard the song (let’s face it – everyone has). Now, the world can prepare for the “Baby Shark” movie. …

You can add another milestone to the many accomplishments of Red Hot Chili Peppers. The band’s video for “Californication” has now surpassed the one billion…

BLACKPINK has reached yet another milestone as the music video for their smash single “Ddu-Du Ddu-Du” blasted past two billion views on YouTube. The Daily…