Willie Nelson will celebrate his 90th birthday in style with a concert featuring some of the most recognizable names in music. Long Story Short: Willie Nelson 90 will take place on April 29-30 at the Hollywood Bowl in Los Angeles on the day of and day after Nelson’s milestone day.

“I can’t think of a better way to spend my 90th birthday than being surrounded by family, friends and of course the fans who made this all possible,” Nelson says. “It’s an honor to perform with such an incredible group of artists at such an iconic venue.”

As he approaches 90, Nelson shows no signs of slowing down. He has a new album of Harlan Howard songs, I Don’t Know A Thing About Love, due out March 3 from Legacy Recordings, a career-spanning documentary, Willie Nelson & Family, that just premiered at the Sundance Film Festival, and is up for four awards at next month’s Grammys. Nelson is also expected to headline the annual Luck Reunion festival at his ranch outside Austin, Texas, on March 16. 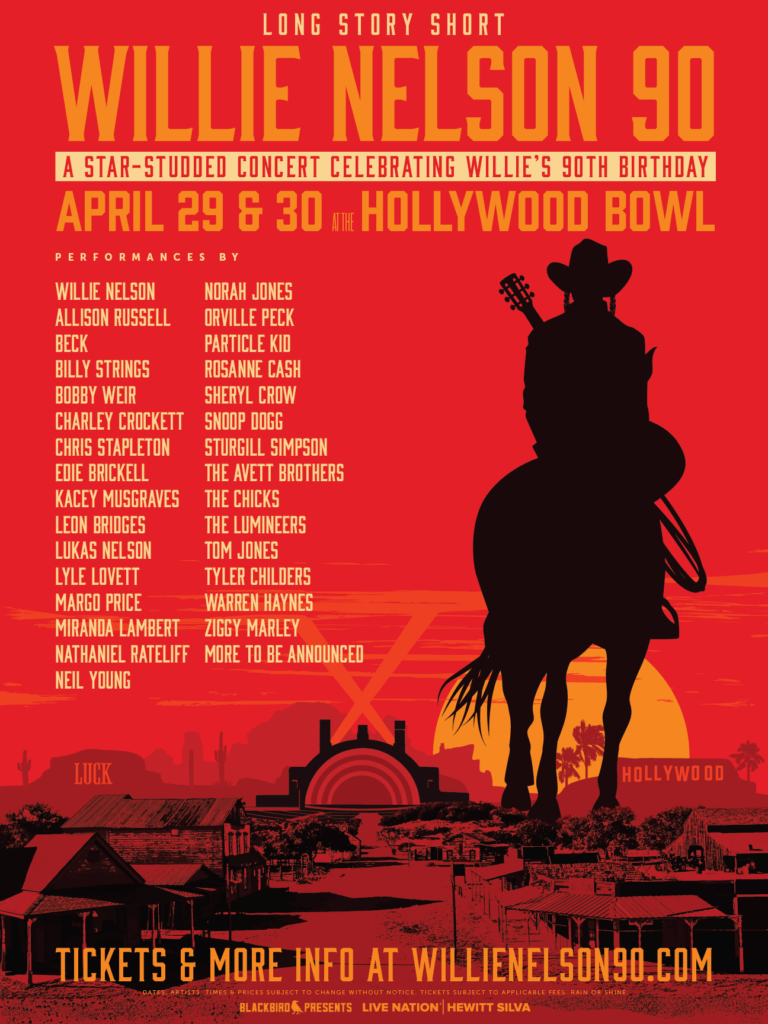 Link to the source article – https://www.spin.com/2023/01/willie-nelson-90th-birthday-concert/

The Willie Nelson Family just released a cover of George Harrison’s legendary track “All Things Must Pass.” The cover debuted on the radio station dedicated…

Photo Credit: Larson Sutton As co-headliner of the Palomino Festival, Willie Nelson served as the symbolic centerpiece of the inaugural one-day event in Brookside Park…

Now you know everything is back. Willie Nelson‘s Luck Reunion is returning to the rolling hill country just outside of Austin on St. Patrick’s Day…