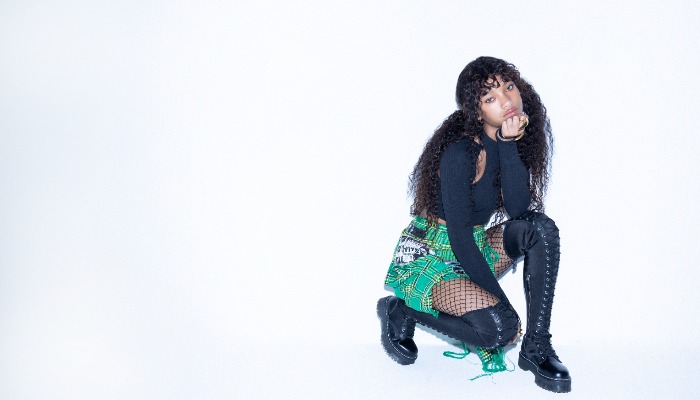 After wrapping a run of U.S. shows, WILLOW will bring her music across the pond for a solo headline show.

WILLOW will be playing music from her album lately I feel EVERYTHING at the Electric Ballroom in London. This show will mark the first time the artist has performed her newest collection of music outside of the States.

The Life tour has seen WILLOW visit several different cities across the country. Joining WILLOW on the tour were opening guests dani bby, Tyler Cole, Kid Sistr, We Don’t Ride Llamas and DE’WAYNE. The Life tour began in September and recently wrapped up earlier this month.

In a recent post to Instagram, WILLOW thanked fans who came out and showed support on this tour as it drew to a close.

However, the artist is just getting started. With plans to play in London at the end of the year and the promise of more shows soon, the future looks bright for WILLOW.

After a handful of singles and accompanying music videos, WILLOW’s album lately I feel EVERYTHING is a testament to her range as an artist. In our June cover story, the artist touched on how the act of choosing to reject labels is important to the album.

“I feel like in some cases genre can be helpful because it is historical. The only reason why we’re seeing so much genre-mixing today is because it’s 2021 and so much has evolved,” WILLOW says.

“I feel like it’s really case by case, but overall, I’m all for getting rid of the categories and just doing whatever you feel,” she continues. “But sometimes when I’m conceptualizing things, I do need to know each different kind of genre that I’m going to be nodding to—like laying out a road map that’s specifically for me.”

Catch WILLOW at London’s Electric Ballroom Dec. 9. Tickets are set to go on sale this Friday (Oct. 29) and can be purchased here.

Link to the source article – https://www.altpress.com/news/willow-london-headline-show-electric-ballroom/

Music The artist teamed up with Siiickbrain to make one of her most intense tracks yet. March 28, 2022 WILLOW and Siiickbrain have joined forces…

Willow has shared a new single, ‘ it’s my fault’, along with an accompanying music video. READ MORE: WILLOW – ‘lately i feel EVERYTHING’ review:…

The song is off the forthcoming ‘Mainstream Sellout’ album. Continue reading… Link to the source article – https://loudwire.com/machine-gun-willow-emo-girl-song-lyrics/

If first impressions are everything, Willow made a big one on her debut solo performance as Saturday Night Live‘s musical guest last night, Oct. 8, with…