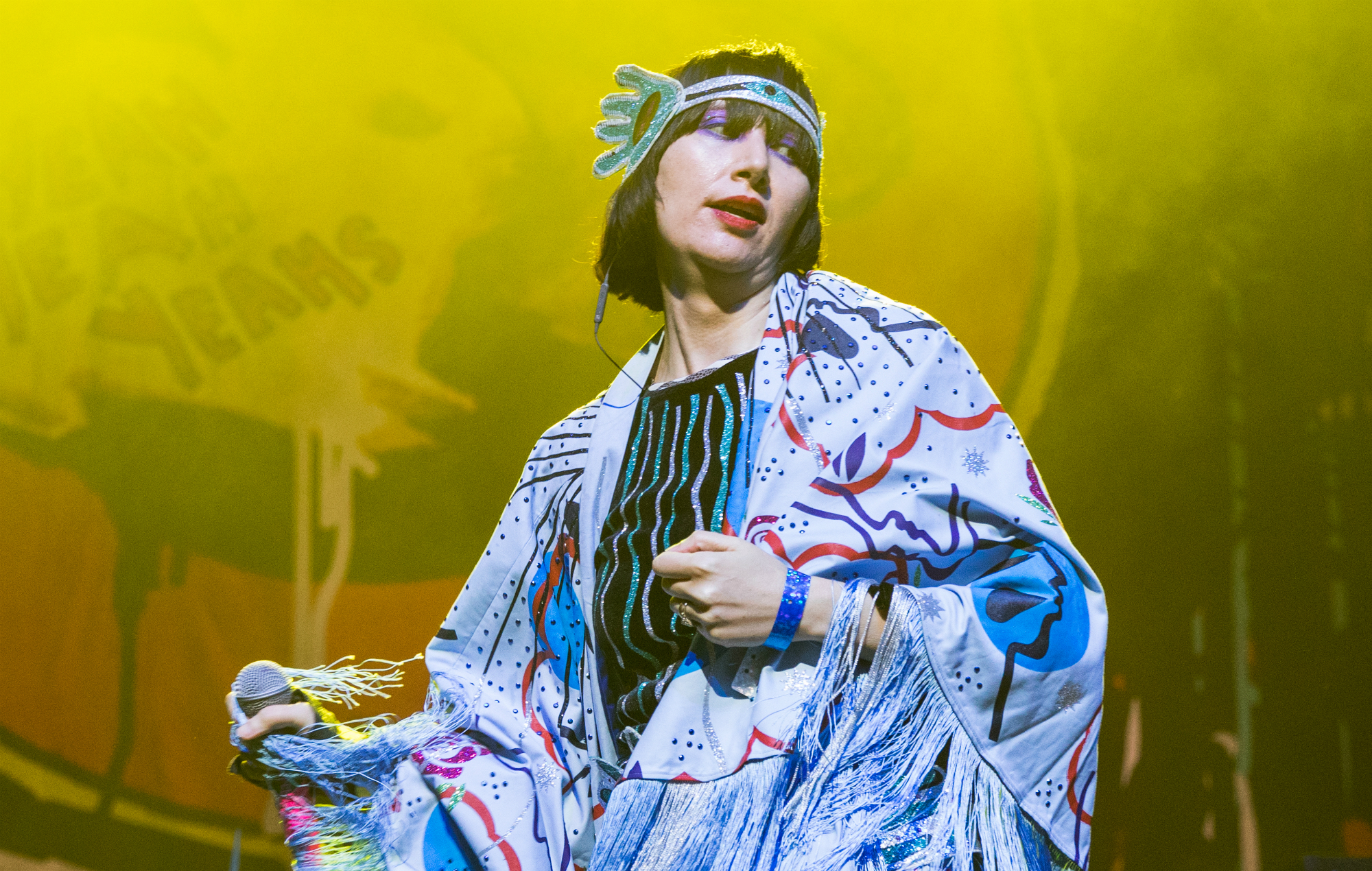 Yeah Yeah Yeahs have announced their first UK headline shows in nine years, where they’re set to try out some new material.

The New York band last toured the UK in 2013 following the release of their most recent studio album, ‘Mosquito’, which came out in April of that year.

Today (March 14) the trio confirmed that they’ll perform two UK dates this summer: the O2 Apollo in Manchester (June 5) and the O2 Academy Brixton in London (June 7). Support will come from English Teacher (Manchester) as well as Dry Cleaning and Anika (London).

“OK UK! We are coming to lend our light to dark ages and holy shit are we ready to play our hearts out for you!!” frontwoman Karen O said in a statement.

“Yeah it’s been 9 years since we’ve graced your club stages! Yeah we’ve got some tunes so fresh and so NEW to try out on you! Yeah the bill is so MAJOR with Dry Cleaning and Anika in London and English Teacher in Manchester.”

She added: “Dress up! Make a night of it! Support your fave band that you may have seen debut at Brixton back in ’02!! Yeah let’s not wait another decade to see each other again! CANNOT WAIT! They don’t love ya like we do!! Luv YYYs.”

Tickets for Yeah Yeah Yeahs’ upcoming UK headline shows go on general sale this Friday (March 18) at 9am GMT. Fans can access both an O2 and a Bandsintown/artist pre-sale at the same time on Wednesday (March 16).

YYYs last appeared on these shores when they performed at London’s All Points East festival in 2018. NME called the show “a tight and tumultuous hour without an ounce of flab in sight”.

Back in February 2020, Karen O said she felt “ready to make some music” with Yeah Yeah Yeahs following the group’s lengthy hiatus. “It feels like time to have something new out there,” she explained at the time. “But that’s yet to happen, so we’ll see how this year goes.”

In 2019, O released ‘Lux Prima’, a collaborative album with American producer Danger Mouse. In a four-star review, NME hailed the record “a hypnotic listen” containing tracks that “pull you in”.

Yeah Yeah Yeahs are heading back to the UK for the first time in more than nine years this summer, and it looks like they’re…

Yeah Yeah Yeahs have added a second London date to their upcoming run of UK shows due to an “overwhelming demand” for tickets. The art-punk…

Yeah Yeah Yeahs have teased upcoming music, telling fans to expect “some tunes so fresh and so new.” The band also announced their first U.K.…

Yeah Yeah Yeahs have announced that they’ll be doing a special one-off warm up gig next week in Los Angeles. It comes after the Karen…