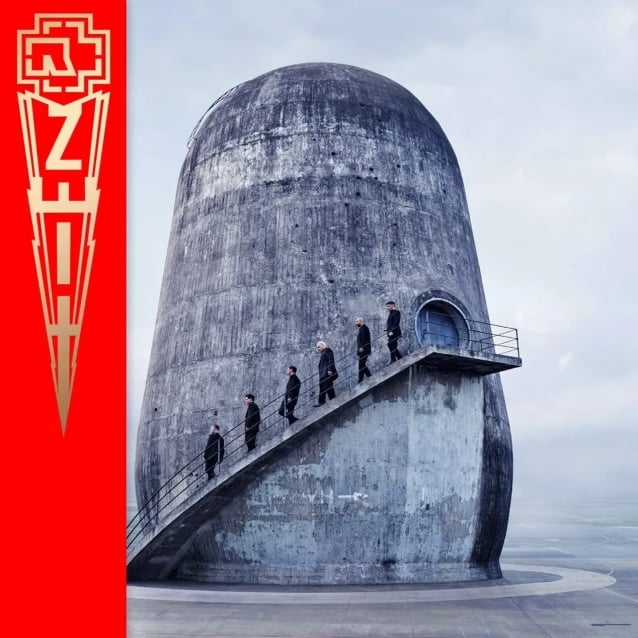 Everybody needs to see RAMMSTEIN live at least once. The Germans have become so adept at being more over-the-top and viscerally captivating than everyone else, that it is sometimes easy to forget that they make records too. RAMMSTEIN live shows are all about sensory overload, and while it would be silly to expect the band to accurately evoke all of that fire and madness from the confines of the studio, “Zeit” does a pretty good job of being overblown, explosive and, at times, endearingly goofy. 2019’s self-titled record was decent enough but faded rapidly from the memory: “Zeit” demands to be regarded as a keeper.

Admittedly, little has changed in terms of RAMMSTEIN‘s formula. Most of these songs follow the same template that informed 2001’s “Mutter”, albeit with sharper technology at work and decades of experience ensuring that every detail is attended to. Fortunately, the songs themselves are great: from the faint air of melancholy that surrounds the title track’s, slow burning, anthemic thrust, to the gothic, brooding “Schwarz” and the edgy, tense “Angst”, there is no denying that RAMMSTEIN are masters of this stuff.

Significantly, vocalist Till Lindemann has never sounded more charismatic or commanding than he does on the album’s more dynamic moments. Again, the title track is evidence of gentle evolution, with Lindemann‘s voice stark and austere in the foreground, as the backdrop builds from ambient throb to staccato metal stomp. Likewise, “Lügen” is one of the finest (sort of) ballads RAMMSTEIN have ever written, and the singer’s dark charms seal the deal, amid mesmerizing post-rock drift and bursts of stirring heaviness. They even manage to make the use of Auto-Tune seem vaguely acceptable for a few seconds, which is no mean feat. The sober and unsettling “Meine Tränen” is very nearly as good. Weirdly, however, the best song on the entire record is also the silliest. “Dicke Titten” (“Fat Tits”) is RAMMSTEIN in full-on, lascivious uncle mode, as they sail their ship through waves of irony (or is it?) and arousal, safe in the knowledge that you can get away with just about anything if you don’t sing in English. Inventive, eccentric and tangibly unhinged, “Dicke Titten” might not be as on-the-nose as “Pussy” (from 2009’s “Liebe Ist Für Alle Da”) or as mischievously deadpan as “Mein Teil” (from “Reise, Reise”, 2004),but the twinkle in its eye will cheerfully blind you.

With one eyebrow raised, the slow and sinister “Adieu” serves as a fitting finale, and a timely reminder that even RAMMSTEIN can’t go on blowing themselves up indefinitely.

We know what to expect from this band, and on “Zeit” we get a generous and diverse helping of the good stuff. Precisely how many of these songs will shoulder-barge their way into future live sets remains to be seen, but this will more than suffice as we wait for the next chance to have our eyebrows singed off.

Link to the source article – https://blabbermouth.net/reviews/zeit

The video for Rammstein‘s latest single “Dicke Titten,” from their new album Zeit, was just released a couple of days ago. Now, the German band has another…

“Zick Zack,” the second single from Rammstein‘s forthcoming new album, Zeit, has just been released. The song arrives on the heels of “Zeit,” the title track for the…

You can hear the epic title track right now. Rammstein are back with a brand new record, three years on from the release of their…

There are many things that make Neue Deutsche Härte pioneers Rammstein singular and treasurable, such as their lovably provocative music videos and extravagant costumes. (See:…